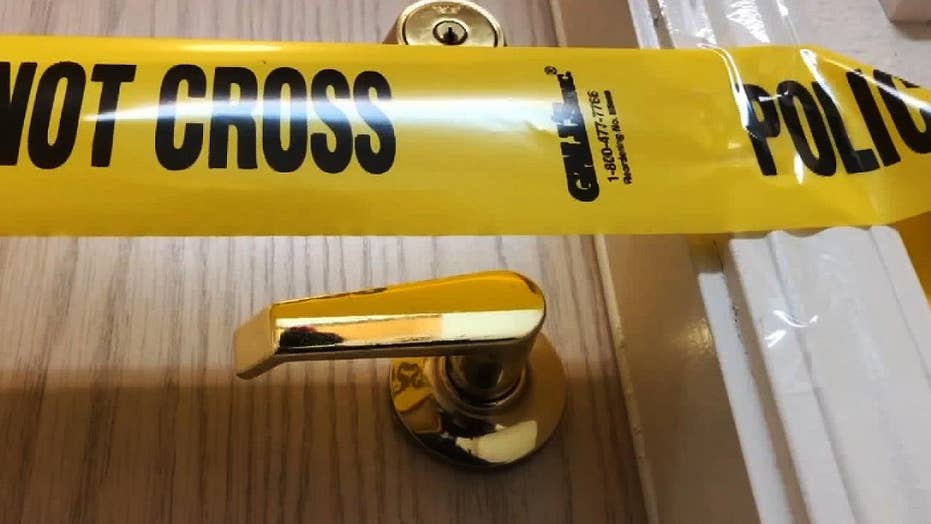 A man whose body was discovered in a freezer inside a Utah apartment last month is believed to have been dead for a decade and left a note behind stating his wife didn't kill him, according to officials.

Authorities were conducting a welfare check on Nov. 22 when they found 75-year-old Jeanne Sourone-Mathers dead inside her apartment of natural causes in the town of Tooele, about 35 miles southwest of Salt Lake City. When police conducted a further search of the apartment, they discovered the body of 69-year-old Paul Edwards Mathers in a freezer.

In addition to the body, investigators found a notarized letter signed by Paul Mathers stating his wife did not kill him.

“It was notarized on December 2, 2008,” Tooele Police Sgt. Jeremy Hansen told FOX13. “We believe he had a terminal illness.”

MAN'S BODY FOUND IN FREEZER OF DEAD UTAH WOMAN WAS THAT OF HER HUSBAND, AUTHORITIES SAY

Police believe that Souron-Mathers, 75, left her husband dead in the freezer sometime between Feb. 4, 2009, and March 8, 2009. Mathers was last seen alive on Feb. 4, 2009, at an appointment at the Veterans Affairs hospital.

The person who notarized the letter in 2008 has been interviewed by police as part of the investigation.

The man's body was discovered in an apartment during a welfare check on Nov. 22. (FOX13)

“She told the detective she didn’t read the note, she just stamped it and signed it,” Hansen told FOX13.

Authorities are investigating why the woman kept the body and whether she wanted to keep collecting his Social Security and Veteran’s Affairs checks, the Deseret News reported.

Detectives, who have not ruled out homicide, also are investigating whether the woman had any help putting the body in the freezer, which was in a utility room.

The woman used a wheelchair, but did not need one in early 2009 when her husband died, police said. Hansen said that Mathers was not a large man.

There were additional pertinent details within the letter, but police told FOX13 that information is not being released at the moment.

Man finds body of dead baby in his mother’s freezer

Video: South St. Louis resident Adam Smith uncovers the body of a dead baby inside the freezer of his mother’s apartment. Police are investigating the matter.

Neighbors who live in the retirement community where the discovery was made said that Sourone-Mathers was a "very nice person" who would not "hurt a fly."

Evan Kline told FOX13 he had taken her to doctor appointments and that she had a different story about her husband.

“The story that — at least she was putting out — was her husband walked out on her," he told the television station.

Another resident of the retirement community, James Kite, speculated Sourone-Mathers kept the body around in order to keep the money since it was her only source of income. He said while the idea was "kind of smart," it was "still creepy."

"I wouldn’t want to live in an apartment with my dead husband or my dead wife," he told FOX13.