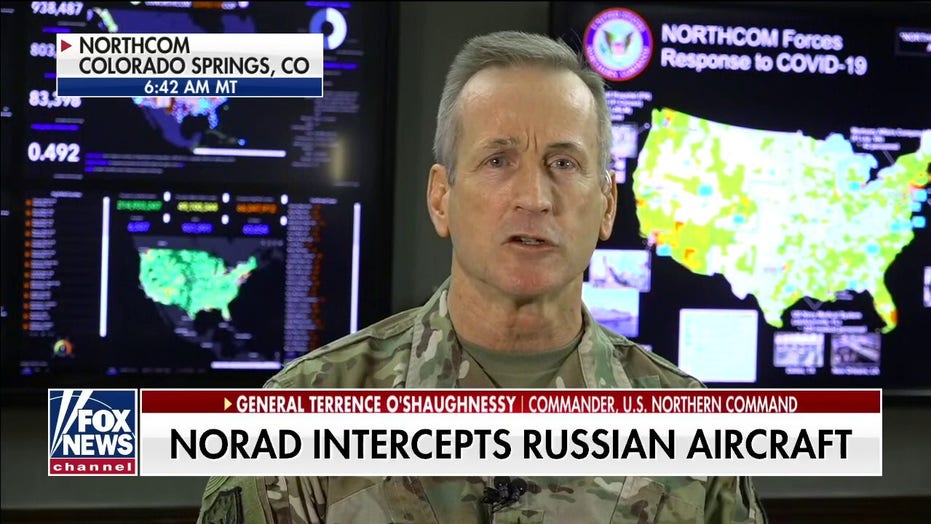 “The Russian [IL-38] aircraft were intercepted in the Bering Sea, north of the Aleutian Islands, and did not enter United States or Canadian sovereign airspace,”  NORAD said in a statement.

The IL-38 is a long-range maritime reconnaissance aircraft used to hunt for American submarines.

The Russian planes flew within 50 miles off the coast of Alaska, Gen. O’Shaughnessy said.

“Our crews are ready,” the general added. “We are always ready to defend our great country.”

Asked by Fox & Friends host Brian Kilmeade why the Russians would fly a mission so close to the United States during the novel coronavirus outbreak, O’Shaughnessy replied, “They wanted to see if we are able to react.”

Three weeks ago, the Russians flew a similar mission near Alaska while the Navy was conducting an arctic training mission with two submarines.

The U.S. military routinely flies reconnaissance aircraft, fighter jets and bombers near Russia as well normally in the Black and Baltic Seas.