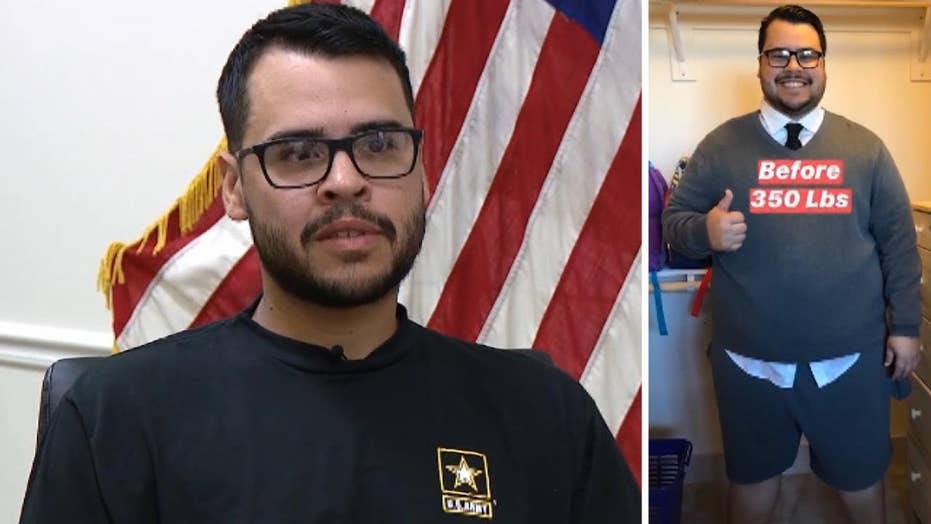 Florida man weighing 350 pounds loses nearly half his body weight in order to meet requirements to join the Army.

A 350-pound Florida man who aspired to join the U.S. Army lost nearly half his body weight in order to turn his dream of joining the military into a reality.

Christopher Montijo, a 28-year-old married father of two, dropped 165 pounds in just over a year so he could serve as a satellite communications systems ops maintainer (25S), the U.S. Army Recruiting Office in Kissimmee wrote on Facebook last month.

“This young American was determined to join and was willing to lose 165 pounds to make his dream a reality,” the Army said. “This amazing feat took over twelve months to complete and he continues to work hard to drop weight to be prepared for the challenges of Army Basic Combat training.”

A 185-pound Montijo was pictured smiling wide in a photo with a recruitment officer. The Army required a recruit of his age and height to be no more than 201 pounds.

But Montijo told FOX35 Orlando that the “life change” wasn’t only for himself, but for his two young children.

WORLD WAR II VET, 99: 'I WANT YOUNG PEOPLE TODAY TO KNOW THE HISTORY OF WHAT HAPPENED

"If I keep going [like he had been], little by little I’m going to die," he said.

Montijo recalled the struggle of being overweight, saying “it was just draining to walk, to sleep, to do anything.”

He told the station that he credits his dramatic weight loss to exercise, not eating out and switching from soda to water.

Montijo will head to basic training at Fort Jackson in South Carolina at the beginning of the new year.