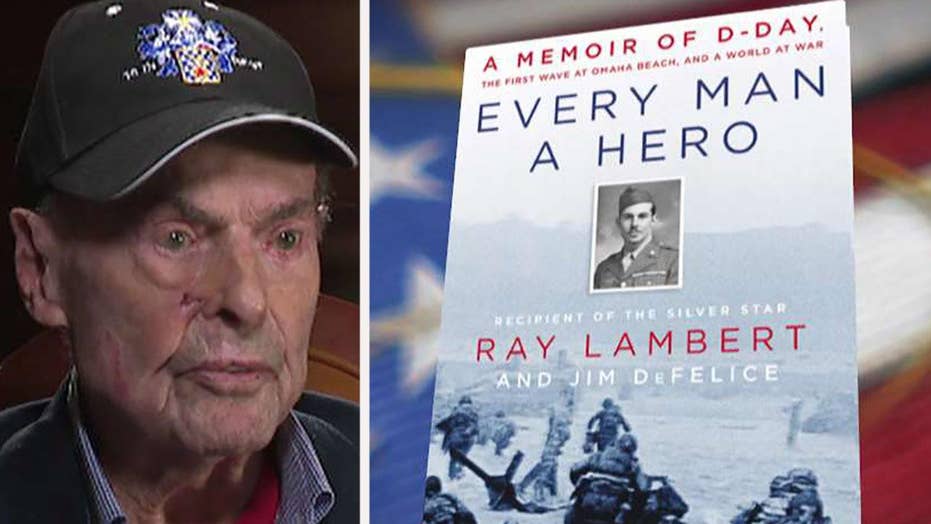 In an exclusive interview with "Fox & Friends First's" Jillian Mele, D-Day survivor and WWII veteran Ray Lambert said Wednesday that he hoped people would remember the battle on the beaches of Normandy on June 6, 1944.

Lambert, an Army medic, said that the skies were dark and the frigid waves splashed into his boat.

PICTURES: A LOOK BACK AT D-DAY

Lambert had a pact with his brother who was also in the service: if one of them didn't make it home, the survivor would take care of the other's family. However, they both came back.

Lambert has received four Purple Hearts and three Silver Stars for his service.

TRUMPET USED ON D-DAY RETURNS TO NORMANDY FOR 75TH ANNIVERSARY

"I just knew in my heart that some of us were not going to make it," Lambert recalled. "And, as we got in further I could see some smoke. I could see bodies all on the beach laying there, I could see more firepower coming from the West of us..."

Suddenly, a piece of shrapnel hit him in the left thigh and "knocked all the flesh out, right to the bone."

As the assault continued, Lambert told Mele that he saw a rock in the water.

"We got many patients behind that rock and saved them from being killed," he said. Later, he would get permission from the French government to put a commemorative plaque on the same rock.

Lambert returned to Omaha Beach for the 75th anniversary of D-Day and was honored by President Trump.

"It was an exciting time to think that, finally, after all these years I would now getting the ultimate chance to be honored by the President of the United States," he said.

"I want young people today to know the history of what happened and the difficulty it is for a man to go overseas to protect his loved ones," Lambert concluded.