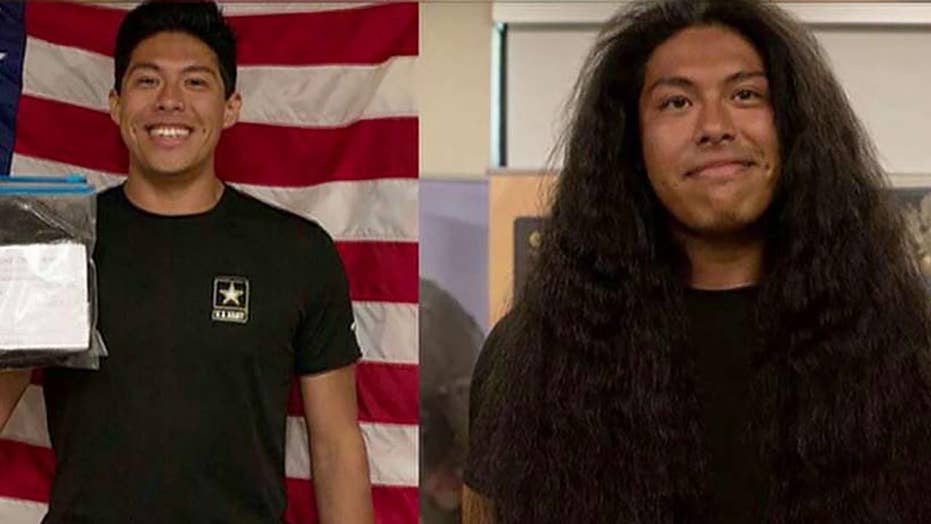 The newly enlisted soldier donated his hair to Locks of Love.

This overdue haircut was worth it to be able to serve.

A newly enlisted soldier recently cut his hair for the first time in 15 years in order to join the U.S. Army.

"People often tell us that they would have joined the Army but...well Future Soldier Arroyo has been growing his hair for 15 years and yesterday he decided to donate it to the Locks of Love foundation in exchange for a brighter future and the opportunity to become one of the most elite war fighters on this planet," the Army said.

The 23-year-old ended up donating 150 inches of hair to Locks of Love, which is an organization that provides high-quality hairpieces for children who need them.

Reynaldo Arroyo, 23, recently got a haircut for the first time in 15 when he recently enlisted with the U.S. Army.

"Most of our recipients suffer from the autoimmune disease, alopecia areata," the organization states. "Others have experienced hair loss from radiation therapy and chemotherapy, severe burns or trauma, and various other genetic and dermatological conditions."

In a video posted to the Salt Lake City Army Recruiting Battalion's Facebook, Arroyo said he was just "really excited" to be enlisting in the Army, in addition to having his hair put to a better use.

"Hopefully some little girl is gonna get it," he said.

Arroyo, originally from Riverside, Calif., enlisted to serve in the airborne infantry at the U.S. Army’s Missoula Recruiting Station in Montana, according to the Army.