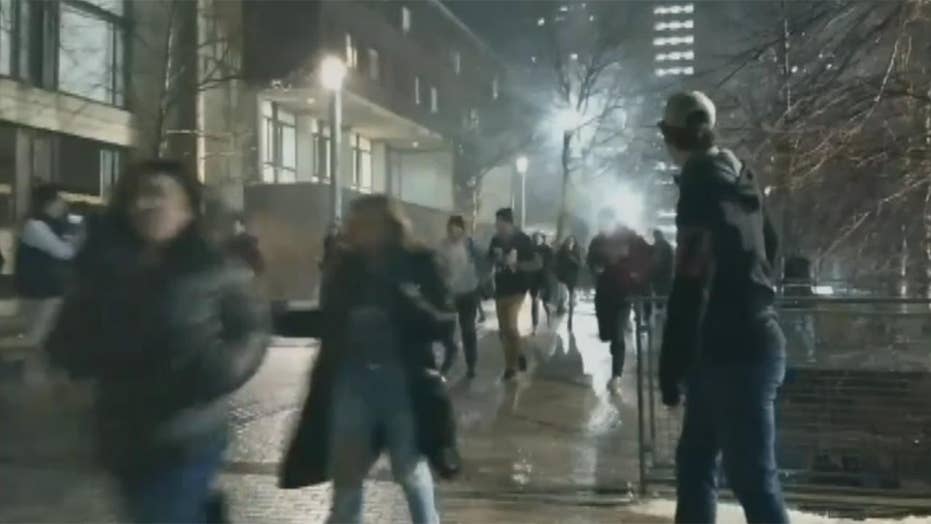 Students cause disruption at UMass Amherst after Super Bowl

Some 2,000 rowdy students gathered outside the school’s dorms in Amherst, Mass. to yell profanities while “climbing trees and poles” after the game, FOX25 Boston reported.

At least six people were arrested and 12 people were hospitalized for head injuries and alcohol intoxication following the incident, authorities said.

The University said it planned to press criminal charges against the people arrested and announced it would be investigating the incident.