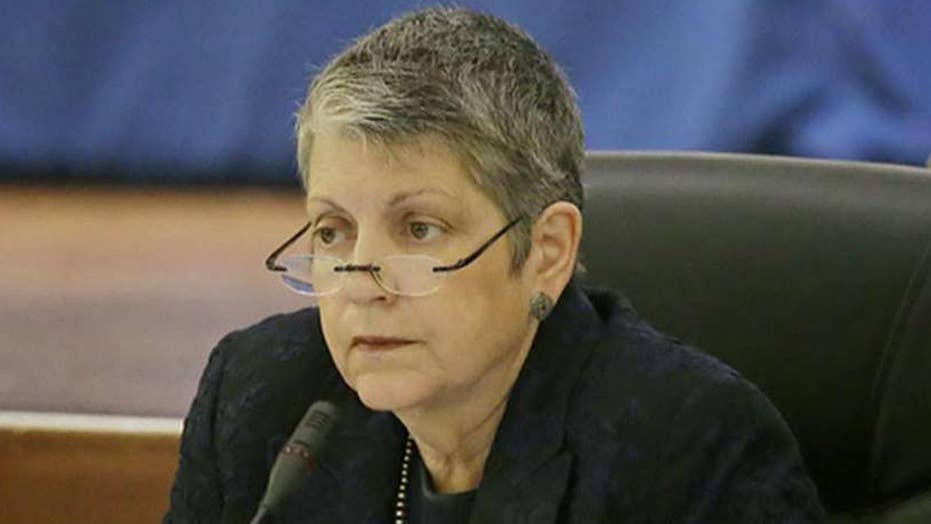 University of California to end lavish spending on meals

University president to reimburse $225,000 spent on dinner parties since 2012

The University of California has announced it will no longer pay for the meals of its governing board after a newspaper reported lavish spending on dinners.

The San Francisco Chronicle reported Sunday that UC President Janet Napolitano 's office reimbursed regents for more than $225,000 in dinner parties since 2012, including $17,600 for a banquet held the night before the board voted to raise tuition.

UC Board of Regents Chair Monica Lozano and Napolitano said in a statement that regents will "absorb their costs for board dinners" to avoid questions over how money is spent.

The newspaper reports Monday the reversal was the idea of regent Richard Blum.

Dinner costs are paid out of a private endowment designated for university business costs not covered by state or tuition funds.

Earlier this month, California Gov. Jerry Brown announced that he is withholding $50 million from the University of California in light of an audit last month that claimed to have found a stash of $175 million in secret funds while officials requested more money from the state.

The UC Board of Regents in January voted to increase in-state tuition and fees by $336 next academic year. Some lawmakers called for a reversal of the tuition hike in the wake of the audit.