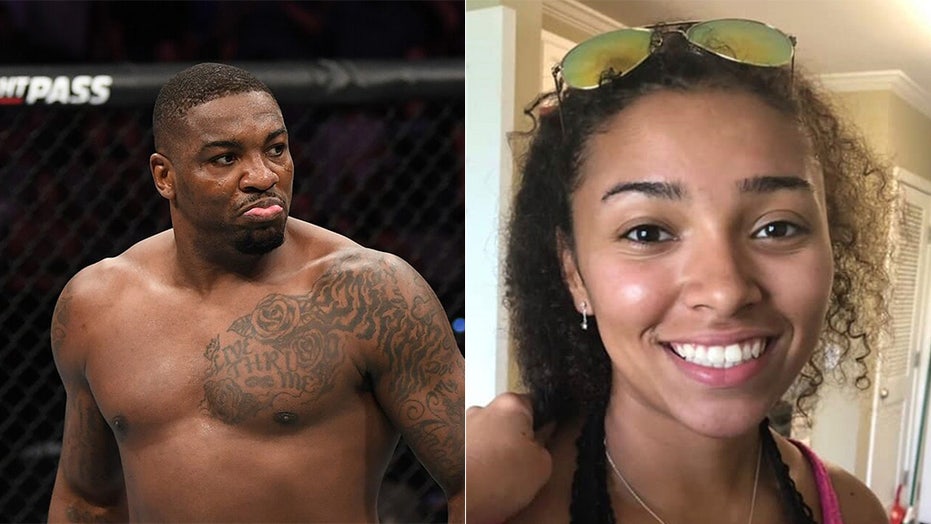 Aniah Haley Blanchard, stepdaughter of UFC fighter Walt Harris, has been missing for more than a week. There is now a $30,000 reward for information on her disappearance. The 19-year-old’s car was found 55 miles away from where she was last scene in Auburn, Alabama.

Evidence from inside the abandoned vehicle of a UFC fighter's missing Alabama stepdaughter -- who has been missing for more than a week -- shows she was harmed, investigators said Thursday.

Aniah Blanchard, 19, who has been missing since Oct. 23, "is considered to be a victim of foul play," police said, as to Fox 6 reported.

Dana White, president of the mixed martial arts fighting league, tweeted a video saying he was offering a $25,000 reward in the search for Blanchard, a student at Southern Union State Community College and the stepdaughter of UFC fighter Walt Harris.

The money by White was in addition to a $5,000 reward offered by the state of Alabama. In a statement, the governor’s office said the money was being offered for information leading to an arrest and conviction in the teen’s disappearance.

This undated photograph released by police in Auburn, Ala., shows Aniah Haley Blanchard, 19. The state of Alabama offered a $5,000 reward for information in her disappearance on Wednesday. (Auburn Police Division via AP)

Blanchard was last seen a week ago in Auburn, Ala., and police later found her damaged car in Montgomery, about 55 miles away.

Blanchard's black Honda CR-V was found damaged more than 55 miles from where she was last seen. (Auburn Police Department)

The vehicle – a black 2017 Honda CR-V – wasn’t damaged before she disappeared, police said.

A video released Monday by police showed Blanchard in a store in Auburn the day she was last seen.

“This is a criminal investigation, obviously we’re approaching it as such,” Lee County District Attorney Brandon Hughes said at a news conference Wednesday. “We do not believe that Aniah would or did go missing on her own volition.”

The FBI, U.S. Marshals Service, the Department of Homeland Security and other law enforcement agencies have joined the investigation.

Harris and other relatives have issued pleas for information about her whereabouts. Capt. Lorenza Dorsey, an Auburn police spokesman, said investigators weren't eliminating any possibilities in the search for Blanchard.