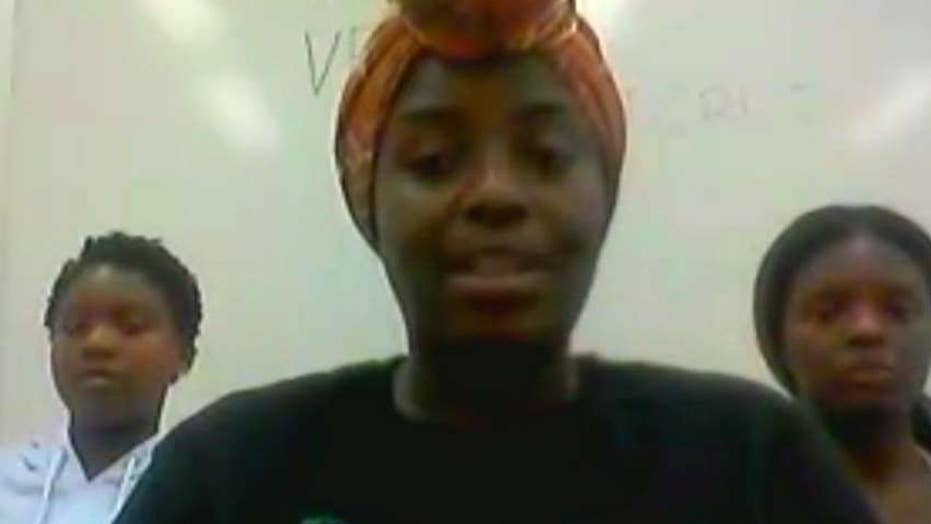 Tucker talks to the students who refuse to leave the building until their demands are met.

One of the students who seized an administration building at the University of California, Santa Cruz told Fox News' "Tucker Carlson Tonight" that "we’re staying here until our demands are met."

The African/Black Student Alliance group blockaded themselves in Kerr Hall at the university's Stevenson College Tuesday afternoon and issued a list of demands, including required diversity training for incoming students and painting the Rosa Parks African Theme House in the red, black and green colors of black liberation.

"Having that red, black and green house in the middle of Stevenson College, which is a predominantly white-serving college, is a matter of symbolism and visibility," Imari Reynolds of the A/BSA told host Tucker Carlson. "Black students are on this campus. We do exist and we do pay to go here, just like our counterparts and we do deserve to be seen here on this campus."

The protesters are also pushing the university's administration to guarantee four-year housing for black students at the Rosa Parks house, which is currently a housing option for students interested in "historical, present-day, and future experiences of predominately Black/African American peoples," according to the university's website.

When Carlson asked if the students' demands amounted to segregation, Reynolds disagreed.

"We don’t speak for the white students, the Samoan students or the Korean students," Reynolds added. "Right now we speak for the African or black-Caribbean students who are struggling on this campus and need housing while they’re in the house that is meant to protect them and live as a safe space that is currently only being occupied by five black bodies."