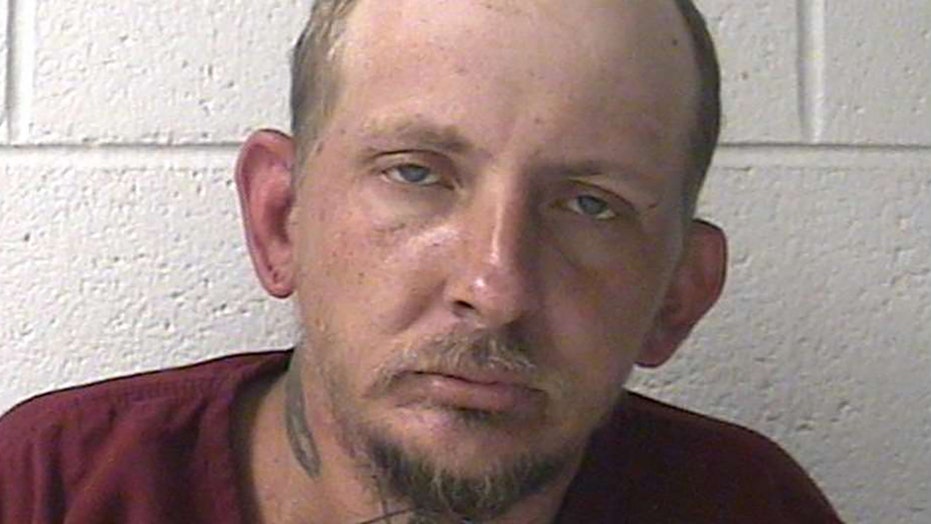 It turns out Tupac Shakur isn't dead -- he's just been living in Tennessee.

A man named Tupac A. Shakur -- who, despite the name, is not to be confused with the long-dead rap legend -- was arrested this weekend after allegedly threatening police with a knife.

Johnson City police officers responded to a call Saturday about the 40-year-old Shakur, who had active warrants for his arrest from another department, according to a news release. When officers arrived at the scene, they reported seeing Shakur leaving in a car.

TUPAC SHAKUR IS LIVING IN MALAYSIA, ACCORDING TO SON OF HIP-HOP MOGUL 'SUGE' KNIGHT

Police tracked the vehicle and eventually attempted to arrest Shakur, but he twisted away and reached for his waistband, according to cops. Shakur then allegedly turned toward officers with a knife in his hand before cops were able to wrestle him to the ground. After a brief struggle, officers took Shakur into custody, the news release stated.

Police said they also found a syringe and multiple baggies of methamphetamine on Shakur.

Shakur was charged with aggravated assault, resisting arrest, simple possession of meth and unlawful drug paraphernalia. He was being held at the Washington County Detention Center on an $18,000 bond.

An arraignment was set for Monday at the Washington County General Sessions Court.

Shakur shares the same name -- and even middle initial -- as the late rapper, who was gunned down in Las Vegas on Sept. 13, 1996, at age 25. The police news release repeatedly uses "Tupac Shakur" as the 40-year-old's official name, though it's unclear if he legally changed his name at some point or if, in what would be a remarkable coincidence, he happened to be given the name at birth, though that would have been years before the rapper rose to prominence.