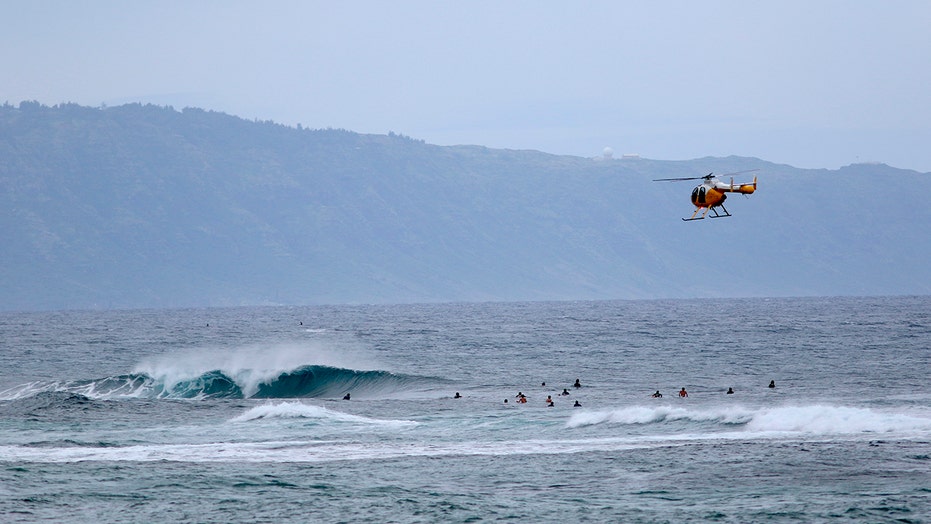 A tourist from Oklahoma who was supposed to be obeying Hawaii’s 14-day quarantine for travelers arriving to the state was pronounced dead after he was found unresponsive in the ocean.

The Honolulu medical examiner’s office identified him as Kristopher Michael Oliphant, 39, of Tulsa, Oklahoma. A cause of death was pending Friday.

He arrived on June 7 and should have stayed in quarantine until Sunday. However, he checked out of his hotel Wednesday, said Jessica Lani Rich, president of the Visitor Aloha Society of Hawaii, which helps tourists in distress. Her organization reached out to his family in Oklahoma.

A fire and rescue helicopter flies over a group of surfers on Oahu's North Shore near Haleiwa, Hawaii on March 31, 2020. (AP Photo/Caleb Jones,File)

A fisherman found an unresponsive man in the water just after 5 p.m. Wednesday and called 911, according to Honolulu Emergency Services. Ocean Safety workers brought Oliphant into Maunalua Bay, where they pronounced him dead.

Arriving tourists and residents in quarantine aren’t allowed to leave hotel rooms or residences for anything except medical emergencies.

The quarantine has effectively shut-down Hawaii’s tourism-dependent economy, but it has helped the islands maintain relatively low infection rates compared to other parts of the U.S.

As of Tuesday, 814 people have tested positive for the virus in Hawaii and 17 people have died.