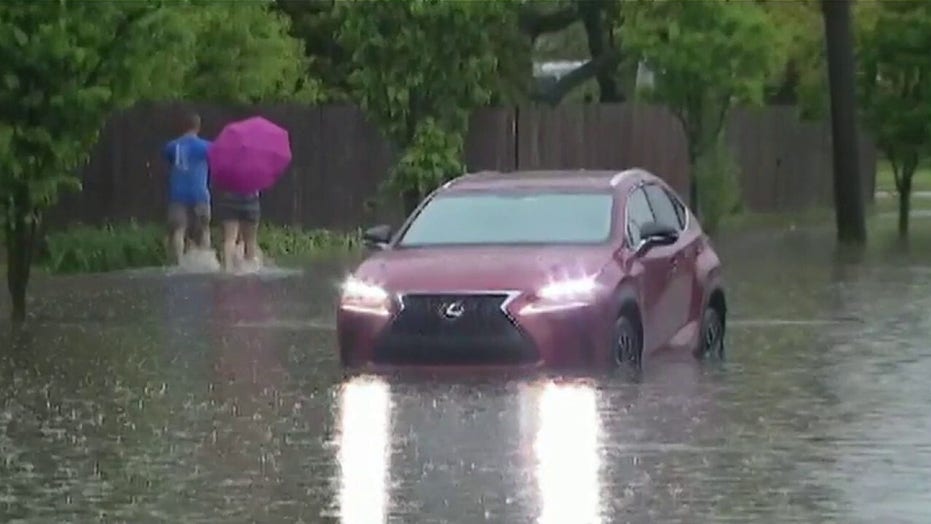 Two brief tornado touchdowns, flash flooding that closed roadways, and river flooding that forced officials to reverse the flow of the Chicago River were among the impacts from a powerful storm system that slammed the region on Sunday.

The National Weather Service (NWS) office in Chicago said flash flood warnings were issued for the Chicago, Joliet, and Naperville areas after thunderstorms with "torrential downpours" moved through the area on Sunday afternoon.

"River flooding is ongoing across the area, with most rivers experiencing minor to moderate flooding," the NWS said Monday morning. "Major flooding is expected or occurring on portions of the Illinois and Des Plaines rivers."

Forecasters said several rivers are still rising, and many will remain elevated "well into this week."

The heavy rain that occurred Saturday night through Sunday resulted in widespread flooding across the region.

Two tornadoes touched down in the greater Chicago area as the storms moved through on Sunday. One at 3:10 p.m. in Millington, LaSalle County, and a 5:26 .m. west of Interstate 55 in Coal City, Will County.

Officials said no damages or injures were reported.

As of late Sunday afternoon, there were 7.69 inches of rain at Chicago O’Hare International Airport reported so far this, making this Chicago's third wettest May on record, FOX32 reported.

In the city of Chicago, the Metropolitan Water Reclamation District had to reverse the flow of the Chicago Area Waterway System to Lake Michigan at the Wilmette Pumping Station and at the Chicago River Controlling Works downtown to prevent overbank flooding.

That meant the Chicago River was reversed to flow into Lake Michigan after the river began to overflow at the River Walk in the Loop, according to FOX32.

The Chicago Fire Department said several homeless people had to be rescued from Lower Wacker Drive after it flooded late Sunday.

One rescue was reported in Naperville, Ill. after a driver got stuck in high water.

Cars were seen driving through floodwaters after thunderstorms left many parts of the Chicago area inundated with water on May 17, 2020. (Ethan Slyder via Storyful)

Several other roadways were flooded out in the region.

The NWS' Weather Prediction Center said Monday there's a moderate risk of excessive rainfall over the Ohio Valley after the system behind the flooding in the Chicago area moved east.

The WPC issued a moderate risk of excessive rainfall over the Ohio Valley as "very heavy rain" is expected.

Cars were seen driving through floodwaters after thunderstorms left many parts of the Chicago area inundated with water on May 17, 2020. (Ethan Slyder via Storyful)

The region of heavy rain will move into the central and southern Appalachians on Tuesday into Wednesday.