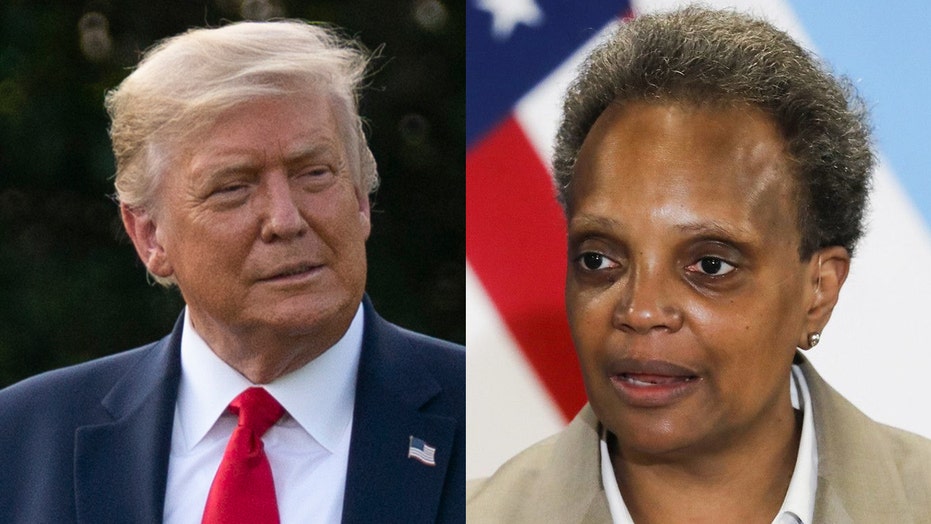 MOST CHICAGO HOMICIDE VICTIMS OVER THE PAST DECADE ARE BLACK, POLICE DATA SHOW

Darryl Collins, 30, was arrested Wednesday afternoon by Chicago police for illegally possessing ammunition, which was in a loaded handgun, according to the criminal complaint.

Federal and local law enforcement officers also executed a search warrant at the home of Darryl Phillips, 22, of Chicago, early Wednesday morning. Officers discovered a semiautomatic handgun in a bedroom, the complaint said.

A special agent with the Bureau of Alcohol, Tobacco, Firearms and Explosives (ATF), said the firearm was equipped with an auto-sear device, or “switch,” allowing the gun to fire more than one shot without manually reloading, the complaint states.

Officers from the ATF, FBI, U.S. Marshals Service and Drug Enforcement Administration are working alongside local and state police as part of the Trump administration's plan, the Department of Justice said.

Mayor Lori Lightfoot initially resisted the initiative, but later said Trump has her support, as her city struggles to tamp down gun violence.

However, the plan faces skepticism from citizens, especially as the timing coincides with increased scrutiny of other U.S. cities such as Portland, Ore., where federal agents stormed protests to protect federal property. Over a hundred agents are facing an investigation by the Justice Department for their use of aggressive tactics such as pepper spraying and striking unarmed protesters and making questionable arrests

“This is not patrol. This is not against civil unrest,” U.S. Attorney John Lausch said on Wednesday as Trump made an announcement of his plans. “This is working with the Chicago Police Department to do what we can to reduce the staggering violent crime we’re facing right now.”

Lausch, a former federal prosecutor like the mayor, is a longtime friend of Lightfoot and will be leading the initiative.