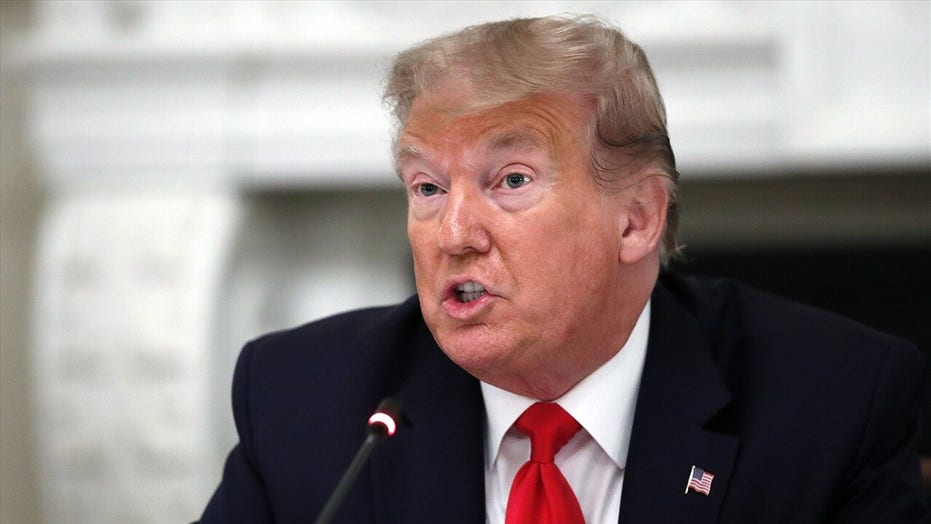 As gun violence in Chicago increased exponentially over the past decade, African Americans were overwhelmingly impacted. Local leaders continue to grapple with how to combat the spike while opposing plans by the Trump administration to deploy federal agents to the city.

From Jan. 1, 2010 through July 8 of this year, Black homicide victims accounted for 4,374 of the city's murders, according to figures provided by the Chicago Police Department to Fox News. The second-largest group impacted by gun violence -- Hispanics and Black Hispanics -- totaled 785 murder victims over the same period.

The murder rate of Black victims held steady, never surpassing 400 annually until 2016. That year, 607 Black people were killed, according to police. From Jan. 1 through July 8, the city reported 291 Black people killed.

Chicago Police officers investigate the scene of a shooting in Chicago outside a funeral left 15 people wounded. (Photo by KAMIL KRZACZYNSKI/AFP via Getty Images)

While many cities saw their crime rates plummet in recent years, Chicago was making headlines for upticks in shootings and murders. On May 31, while most communities were steeped in protests over the killing of George Floyd, Chicago saw 85 people shot and 18 killed over a 24-hour period, according to the University of Chicago Crime Lab.

The figures made it the deadliest day in the city in six decades. The Crime Lab numbers only go as far back as 1961.

Garry McCarthy, the former Chicago police superintendent who was fired in 2015, said he came to the job with a crime-fighting strategy similar to the one implemented by the New York Police Department, where he held executive positions.

The NYPD's tactics, some of which were highly controversial, contributed to major reductions in crime in the 1990s and 2000s, making New York one of America's safest cities.

"It's not heavy-handed policing, it's intelligent policing. It's about data-driven policing... knowing where to be to prevent the next shooting," McCarthy told Fox News.

McCarthy was appointed Chicago's top cop in 2011 and was fired in 2015 amid criticism over the shooting death of 17-year-old Laquan McDonald at the hands of officer Jason Van Dyke. Former Mayor Rahm Emanuel credited McCarthy with driving crime down while noting he'd lost the public trust. 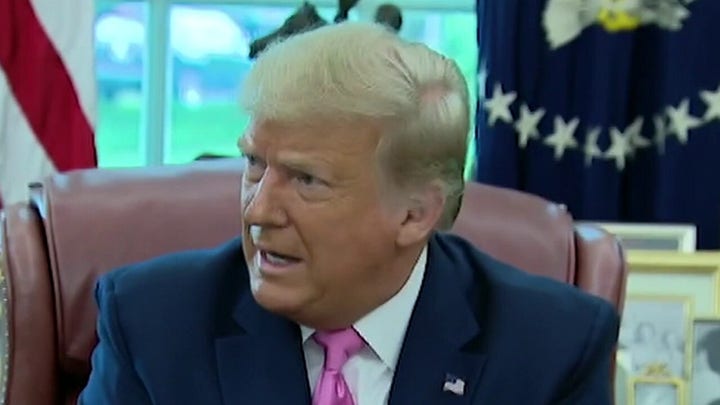 As of July 8, Chicago experienced 364 murders this year.

The figures come during a nationwide reckoning over the role of police in society and how they treat people of color sparked by the May 25 death of Floyd while in the custody of Minneapolis police officers.

Some progressive leaders and racial justice activists have called for defunding police departments so that law enforcement budgets can be diverted to community resources, housing and other social programs. Some cities have enacted legislation to limit police use of force and press for greater accountability of officers.

The Chicago Police Department did not respond to a Fox News request for comment about the uptick in murders and violent crime.

Protesters gather on Federal Plaza on Thursday after a collection of Chicago groups announced a federal lawsuit against the Chicago Police Department and others to prevent agents from making arrests or detaining people without probable cause. (AP Photo/Charles Rex Arbogast)

Chicago's murder rate and the increase in shootings are telling. As the overall crime rate decreased during stay-at-home orders to combat the coronavirus pandemic, shootings were still up in May and June. Shootings increased 71 percent in May and murders by 60 percent.

"The narrative was, unlike many people who stayed at home, and because of that reduced the likelihood of victimization, people in those adversely impacted communities with respect to Covid and crime didn't necessarily change" their behavior, David Olson, a professor of criminal justice and criminology at Loyola University Chicago, told Fox News.

Tio Hardiman, executive director of Violence Interrupters, a community-based organization focused on decreasing violent crimes in cities throughout the nation, said he wasn't surprised by the police data, and noted, "it's been this way for a long time."

"My theory is that it's a Black man's responsibility to reduce the gun violence in their communities," Hardiman, a Chicago resident who is Black, told Fox News. "You see, a lot of us continue to wait on the police to stop the killing. We continue to wait on programs to stop the killings. But it's really all about [how] the Black man must rise up to the occasion and really address the issue of gun violence in our community. The numbers will never surprise me."

He stressed that the loss of one life is one too many.

"I do think there's a little something different in the air right now because it appears that there's no method to the madness that's going on across the nation, like in New York, Baltimore, Philadelphia, Chicago, St. Louis, a lot of different cities," he said. "What's going on is that it's learned behavior. It's passed down from generation to generation ... you have people out here now that are shooting just to shoot people. That's what makes it more dangerous."

Hardiman added that young Black men "are crying out for help now."

"There's the need for some sort of justice-type of programing here in the city of Chicago," he said. "What I would like to recommend for politicians and community thought leaders, to pretty much take a good look at restorative justice, because that might be the wave of the future when it comes down to really trying to reduce gun violence out here in major cities across the United States." 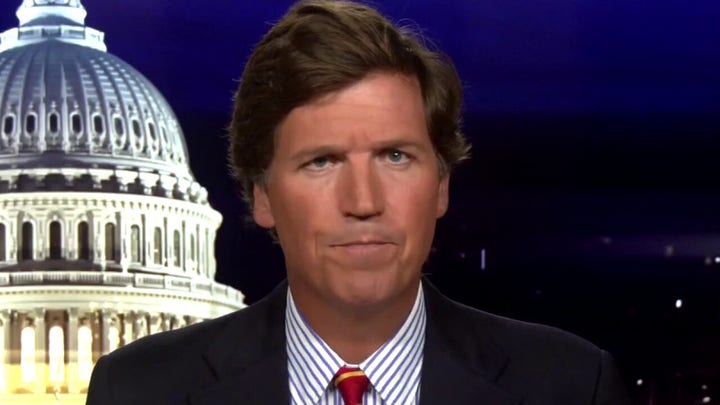 To combat the uptick in crime, President Trump said he will deploy federal agents to Chicago despite opposition from Mayor Lori Lightfoot and local leaders. The move is part of Operation Legend, which deploys federal forces to cities experiencing upticks in violence.

Several groups have filed lawsuits to block federal intervention into matters they argue should be handled by local authorities. Agents are already placed in Portland, Ore., and Kanas City, Mo. In addition to Chicago, the Justice Department also added Albuquerque, N.M., to the list.

“The effort to shut down police in their own communities has led to a shocking explosion of shootings, killing, violence, murders,” Trump said of Chicago during a speech at the White House this week. 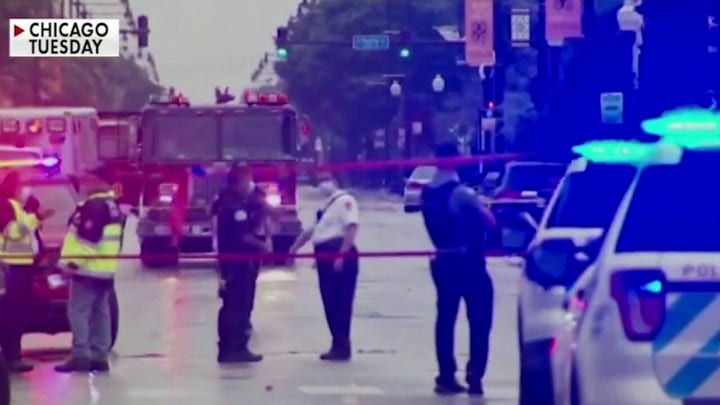 In a letter earlier this month, Trump blasted Lightfoot and Illinois Gov. J.B. Pritzker, accusing the Democratic leaders of putting their interests above public safety and likened the Chicago to the battlefields of Iraq and Afghanistan.

"Your lack of leadership on this important issue continues to fail the people you have sworn to protect," Trump wrote.

Lightfoot's office said she spoke with Trump following his announcement and made it clear that if there is any deviation from what has been announced, she will pursue all available legal options to protect Chicagoans.

The president's announcement came a day after gunfire erupted outside a funeral home in Chicago's Auburn Gresham neighborhood the left 15 people wounded. Hours later, a 3-year-old girl was shot in the head while in a car with her parents.