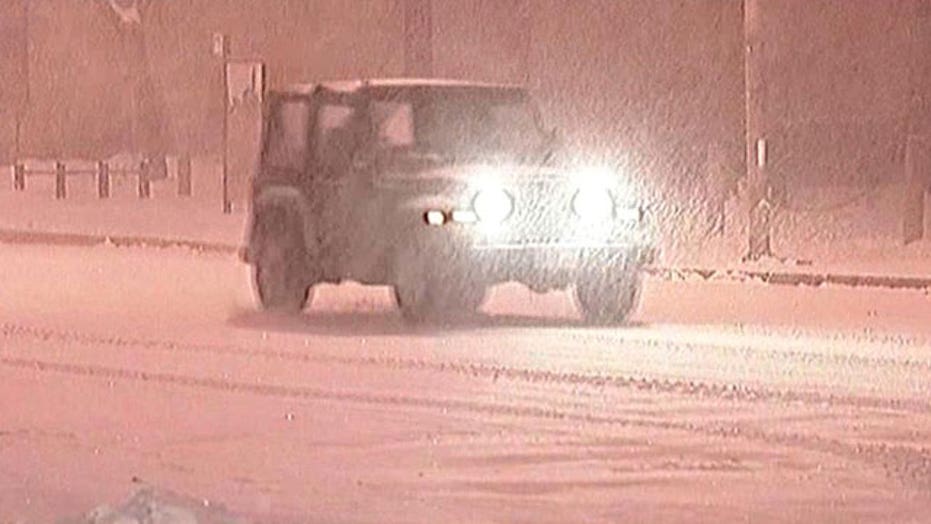 More than 3,000 flights were cancelled after the Northeast was socked Wednesday with a winter storm packing snow, freezing rain and ice.

The storm, which arrived after causing similar havoc in the Midwest the day before, left anywhere from a few inches to a foot -- or more -- of snow up the coast, along with the freezing rain that makes driving treacherous.

The inclement weather adds to what's already been a weary winter for the Northeast, and comes days after a major winter storm buried some parts of the region in nearly a foot of snow.

The website FlightAware.com said 3,198 flights were cancelled on Wednesday, along with nearly 12,000 delays.

Most of the cancelled flights were from the New York-area airports, Boston, Chicago, Philadelphia, and Washington. Regional airline Cape Air alone cancelled more than 200 flights, including nearly every flight planned from airports in Massachusetts.

Along with travel disruptions, the storm also cut electricity to hundreds of thousands of customers in the region. Nearly 750,000 customers in Pennsylvania were left in the dark by the storm's wrath, with a major utility company telling residents power could remain out until the weekend.

In Connecticut, the start of the state's General Assembly annual session was delayed until Thursday due to the snow. Nearly a foot of snow buried Massachusetts, schools were largely cancelled across Rhode Island, and rail service out of Washington, D.C. on Wednesday afternoon was limited.

Across the nation, residents struggled to carry on despite the storm.

"I wish that groundhog would have stayed in its hole," said Geoff Dunn, who took the bus to his downtown Columbus, Ohio, office, avoiding the messy roads but still having to navigate snowy sidewalks. "Finding us six more weeks of winter was not the smart move."

In Chicago, a runner was credited with helping save a man who fell into icy Lake Michigan with his dog.

Adam Dominik says he found twine and anchored it around himself while throwing the other end in the water, pulling the man onto nearby rocks. Meanwhile, a skier called 911. He was taken to a hospital to be treated for severe hypothermia. He and his dog are expected to recover.

In Michigan, authorities reported several multi-vehicle crashes Wednesday after several inches of snow along Interstate 94 in the Jackson area, including some with injuries, and crashes closed portions of I-69 in the Flint area.

And for those looking for a respite, more bad news is on the way, as authorities predict another walloping winter storm is poised to slam into the region Saturday night into Sunday.