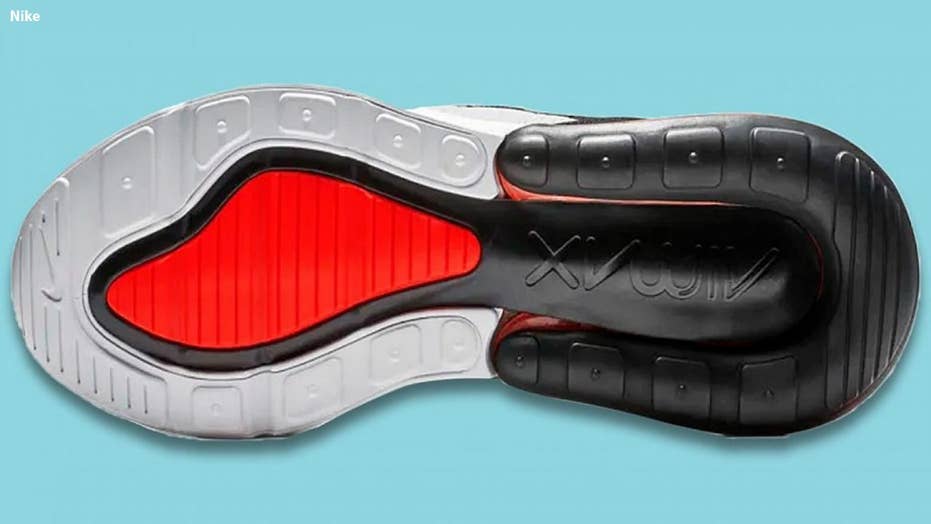 Muslims are upset over Nike’s Air Max 270 shoe logo. Some are claiming that the logo resembles Allah, the Arabic word for God, written in Arabic script.

Thousands of people are demanding sports apparel giant Nike recall its Air Max 270 shoe, saying that the "blasphemous" logo is offensive to Muslims.

A Change.org petition, which garnered more than 14,000 signatures by mid-day Wednesday, claims that the logo resembles “Allah,” the Arabic word for God, written in Arabic script.

Petitioner Saiqa Noreen says the logo “will surely be trampled, kicked and become soiled with mud or even filth.”

“It is outrageous and appalling of Nike to allow the name of God on a shoe,” Noreen wrote. “This is disrespectful and extremely offensive to Muslim’s and insulting to Islam.”

Noreen is also demanding Nike recall the "blasphemous and offensive shoe and all products with the design logo resembling the word Allah from worldwide sales immediately."

A Nike spokesperson told Fox News that the logo is nothing more than a “stylized” version of the Air Max trademark.

"Nike respects all religions and we take concerns of this nature seriously," the spokesperson said in a written statement to Fox News. "The AIR MAX logo was designed to be a stylized representation of Nike's AIR MAX trademark. It is intended to reflect the AIR MAX brand only. Any other perceived meaning or representation is unintentional."

Nike has been in hot water in the past over its branding.

In 1997, the company came under scrutiny for using a flame-shaped logo that also resembled the word for Allah. In that case, Nike pulled 38,000 pairs of sneakers worldwide and donated $50,000 to an Islamic elementary school in the United States.