Lance Cpl. Tom Blachard showing his tattoo "sleeves" that cover one of his arms. The Marines have just eased up on their tattoo rules. (Alan Lessig/Marine Corps Times)

The Marines, noted for having the strictest tattoo rules in the military, just eased up a bit in a nod to the ubiquity of the form of body art.

During the weekend, a recruiter who handles Marines who want to join the reserves announced on social media that those with tattoos that would have disqualified them under former regulations now may seek waivers under a less cumbersome system.

Titled “Tattoo Leniency Alert!” the post by Prior Service Recruiter Staff Sgt. Justin Eckersley said: “There’s no telling how long this is good for but at his moment we can bring back ‘out of regs’ Marines to the reserves.”

Many Marines have complained that strict tattoo rules have resulted in the rejection of strong candidates and of Marines seeking to re-enlist. The rules including bans on full-sleeve tattoos and limits on the size that are on arms and legs.

In an interview with Military.com, Marine Corps Commandant Gen. Robert Neller indicated he was not inclined to bucking tradition for the sake of being trendy.

So do we lose certain applicants? Yes. We’re not a biker gang, we’re not a rock and roll band. We’re not [Maroon 5 lead singer] Adam Levine.

“So do we lose certain applicants? Yes,” he said to Military.com “We’re not a biker gang, we’re not a rock and roll band. We’re not [Maroon 5 lead singer] Adam Levine.”

The Army, Air Force and Navy in recent years have relaxed their tattoo rules after acknowledging that recruits who were otherwise qualified to serve were being rejected because of tattoos that were not allowed. A Pew Research Center study said about 38 percent of young people ages 18 to 29 have at least one tattoo.

The Army no longer limits the size or number of tattoos, the Air Force last year dropped its “25 percent rule,” which prohibited tattoos that covered more than a quarter of a visible part of the body, and the Navy in 2016 began allowing sailors to have tattoos on the neck, sleeves and behind their ears. 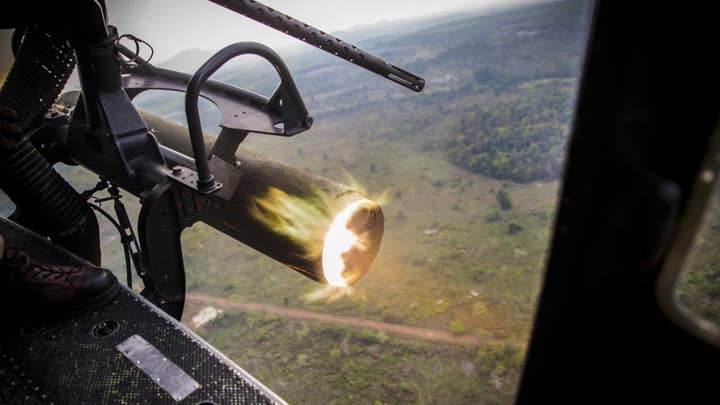 “We just got to the point where we realized we needed to be honest with ourselves and put something in place that was going to reflect the realities of our country and the needs of our Navy, said then-Master Chief Petty Officer of the Navy Mike Stevens in an interview with NavyTimes.com. “We need to make sure we’re not missing any opportunities to recruit and retain the best and the brightest because of our policies.”

The Marines prohibit half-sleeve or quarter-sleeve tattoos that can be seen, even when the service member is wearing training clothes such as a T-shirt or shorts.

Tattoos on the head, neck, hands and wrists also are banned.

The tweaked rules for Marines with tattoos that are non-compliant include allowing them to obtain a waiver at  "prior service" Marine recruiting stations, instead of trying to get one through a more complex application process.

Neller said he would consider a bit more flexibility if he were convinced that the current policy was hurting the Marines.

“If the recruiters came to me and said, ‘we can’t make mission with this policy,’ I would have to go back and look,” Neller told Military.com