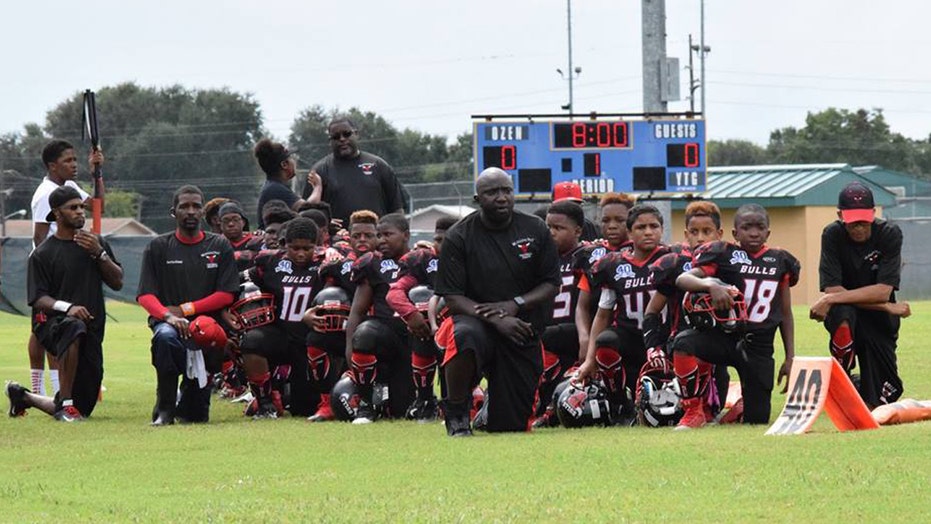 A Texas youth football team’s season ended early after backlash grew over the team's decision to take a knee during the National Anthem, The Beaumont Enterprise reported.

The Bay Area Football League reportedly chose to end the Beaumont Bulls' season after determining they did not have enough players to compete.

The team—comprised of 11 and 12-year-old boys—followed in the footsteps of NFL quarterback Colin Kaepernick, staging a protest during its Sept. 10 game. Video of the Beaumont protest spread on the Internet.

“We’ve been getting a lot of hate mail,” DeCarlos Anderson, Sr., the league’s athletic director, told 12NewsNow.com. “We are an African-American board. Our membership is diverse. It’s not a race thing.”

However, Anderson told the Enterprise that Barber singled out and pressured players who chose not to kneel at a Sept. 17 game.

Upset players and parents stopped showing up to practices and games, dropping the number of players on the team from more than 20 to 15, Barber told 12NewsNow.com.

"It obviously makes me sad and disappointed," one parent, April Parkerson, said. "It just adds more fuel to our passion. We know we were doing the right thing."