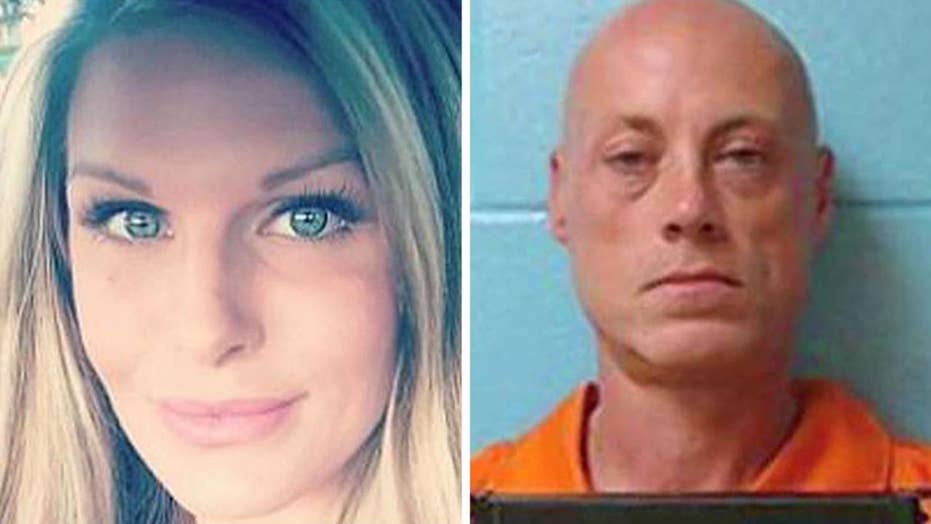 BAYTOWN, Texas – The body of a Texas real estate agent was found in a marshy wooded area Saturday more than two weeks after she disappeared the day Hurricane Harvey made landfall, authorities said.

The woman's ex-husband, 44-year-old Steven McDowell, was charged with murder, and booked into Chambers County Jail, awaiting bail to be set.

She went missing after telling her boyfriend, Paul Hargrave, that she was headed to her ex-husband's house to pick up her children, ages 5 and 8.

Her uncle reported her missing the following day.

"When Steve decided that if he couldn't have her, nobody else could, he also made the decision for her children, her family and her friends," Raimondi said of the suspected killer, even before charges were finalized.

Floodwaters and rain hampered the search, but McDowell's partially submerged car was found at a Motel 6 off an interstate highway. Authorities traced the last ping from her cellphone to a marshy area in Baytown, Texas, within a couple of days of her disappearance. By Sept. 2, the roads had cleared enough for search crews to scour parts of Baytown near the final cell phone ping, but they initially came up empty-handed.

As the investigation continued, the list of suspects grew to 9 or 10 people, including McDowell's uncle, Hargrave and her ex-husband, Hawthorne said.

The search resumed Thursday and the body was found Saturday. An inquest was ordered to determine the cause of death.

McDowell's arrest was based on circumstantial evidence, talks with friends and family, and the suspect's candid interview with police, Hawthorne said.