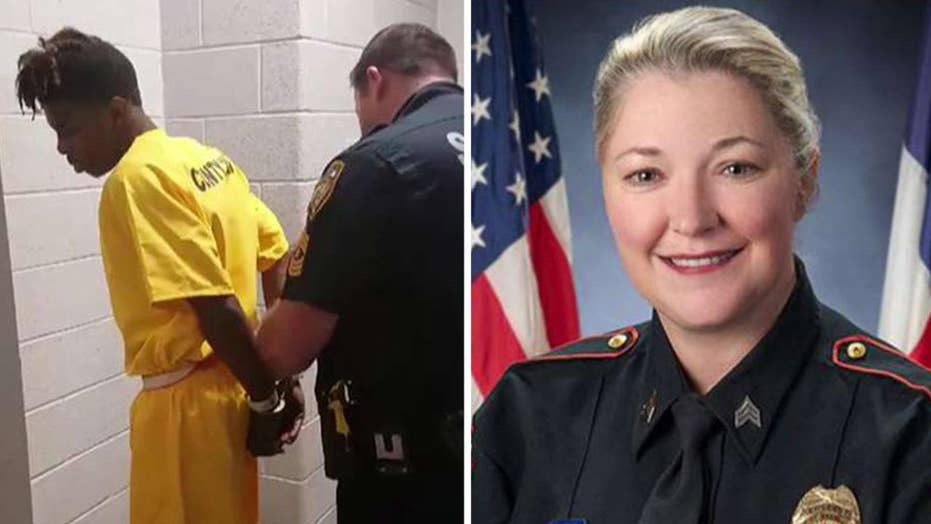 Suspected cop killer caught and charged after allegedly striking and killing a Houston-area police sergeant with his vehicle when fleeing a traffic stop.

A rapper who goes by the alias "Killah Dre" was arrested Thursday in Texas for allegedly striking and killing a Houston-area police sergeant with his vehicle while fleeing a traffic stop this week, according to a report.

The Harris County Sheriff’s Office said 21-year-old Tavores Henderson was taken into custody without incident at a home in Houston.

Nassau Bay Police Sgt. Kaila Sullivan was assisting in a traffic stop at an apartment complex Tuesday night about 25 miles southeast of Houston when police discovered that the driver, later identified as Henderson, had an outstanding warrant for assault.

Henderson broke free from police as he was being handcuffed. Authorities alleged that he fled in his vehicle and struck Sullivan, who later died at a hospital.

The suspect, who has a history of weapons charges and violence, is facing a felony murder charge in Sullivan’s death, but authorities have said it could be upgraded to capital murder.

Henderson is a Houston rapper whom The Associated Press says performed under the stage name "Killah Dre." His Instagram account is filled with images of him flashing guns, wads of cash -- and the middle finger. On YouTube, Henderson raps in one song alongside Soulja Boy in a video that has more than 700,000 views.

Henderson was accused of choking his ex-girlfriend and threatening to shoot her in November 2018, leading to a felony aggravated assault charge.

When he was released in July on a $50,000 bond related to that charge, Henderson posted a video on Instagram in which he flashed a fan of $20 bills right after he walked out of custody, saying: "You all thought the kid wasn’t coming home, huh."

Sullivan, 43, was approaching her 16-year anniversary with the Nassau Bay Police Department when she was killed.