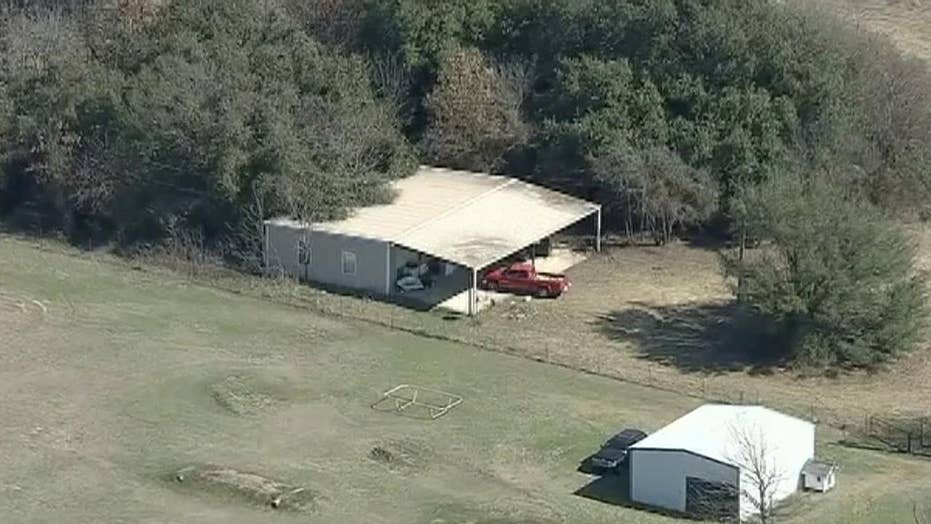 The Texas couple arrested after two malnourished children were discovered Tuesday crammed in a dog cage -- and two others were found smeared in feces -- had ample food in the home, but it was kept under lock and key, according to a sheriff.

Andrew Joseph Fabila and Paige Isabow Harkings, both 24, were each charged with four counts of criminal child endangerment, according to Wise County jail records. Harkings is also charged with aggravated assault after allegedly assaulting Fabila, which is what originally drew authorities to the property about 20 miles north of Fort Worth.

Deputies were talking with the couple about the assault when they discovered several children, ages 5, 4, 3 and 1. The sheriff's office said the oldest two were locked in a kennel and the younger ones were covered in feces and urine and appeared malnourished. Harkings was the mother of the four children, according to police.

Andrew Joseph Fabila and Paige Isabow Harkings have been jailed without bond after the children were found at their rural home. (Wise County Sheriff's Office)

“There was ample food inside the house. But the food was locked up so the children could not get to the food,” Wise County Sheriff Lane Akin told FOX4. “The children were hungry. They were thirsty. Our deputy and lieutenant fed and gave water to those children.”

Akin added that there was one girl in the group, a 4-year-old. The kennel was located inside a bedroom, he added.

"There were dirty clothes, mattresses, air mattresses, blankets, dirt, food, feces, urine and cats. It was absolutely filthy inside," he told FOX4. "Disappointing. An unnerving sight to see."

Part of the property where deputies found two young, malnourished children locked together in a dog cage near Rhome, Texas about 20 miles northwest of Fort Worth. (FOX4)

The couple is set to appear in court Wednesday afternoon. On Tuesday, a spokeswoman for the Texas Department of Family and Protective Services said the agency has had contact with the family before but at a different location.

The children were taken to Cook Children's Medical Center in Fort Worth for evaluation and have since been released into foster care, FOX4 reported.

Four malnourished children – age five and younger – were located by authorities at a Texas barn on Tuesday, the two eldest of which were inside a locked dog cage, the sheriff said. (FOX4)

The sheriff's office said there was some evidence of drug abuse inside the home, but deputies are still investigating the property and plan to speak with the children and relatives.