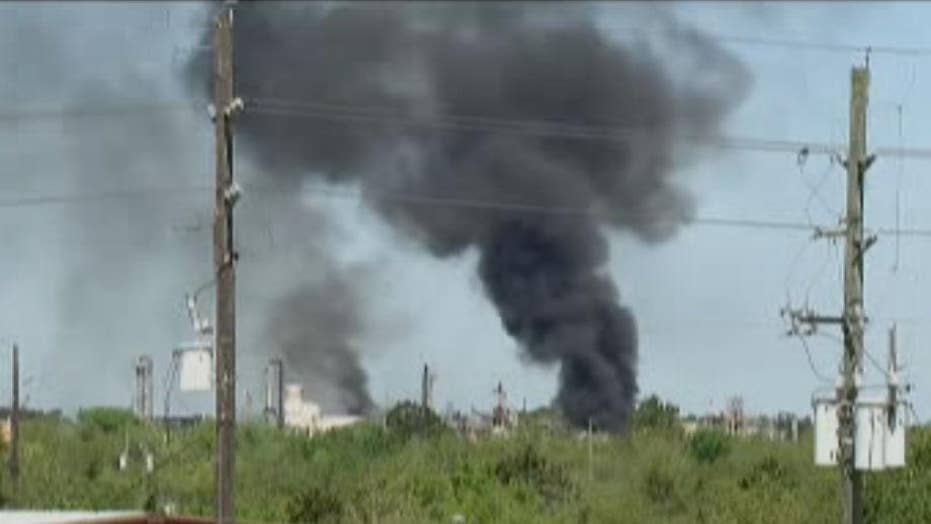 One worker was killed and two others critically injured when a tank holding a flammable chemical caught on fire at a Texas plant Tuesday, according to officials.

Harris County Sheriff Ed Gonzalez confirmed the fatality and said the two injured had been taken by helicopter to a hospital. The two injured were in critical condition, said Rachel Moreno, spokeswoman for the Harris County Fire Marshal’s Office.

Authorities said a transfer line ignited in the area of a tank of isobutylene — a flammable colorless gas used in the production of high octane gasoline — which then caught on fire.

Authorities shut down a roadway near Tuesday’s fire at a KMCO chemical plant in Crosby, about 25 miles northeast of Houston, Gonzalez said.

KMCO is a chemical company that offers coolant and brake fluid products and chemicals for the oilfield industry.

First responders were trying to contain the fire, Gonzalez said.

John C. Foley, chief executive of KMCO, said in a statement that the company had activated its emergency response team and set up a command center.

“We are working with local first responders to extinguish the fire,” he said.

The fire sent panicked employees fleeing over a fence to safety.

Worker Justin Trahan said he heard “some panic on the radio” but no alarms sounding before the plant caught fire.

He said that he and other colleagues had to jump over a fence to escape because all the gates were locked.

All residents within a one-mile radius of the plant were ordered to stay indoors or shelter in place.

The Crosby, Sheldon and Channelview school districts asked students and staff to shelter in place at all their campuses.