Dr. Daniel Lewis, who serves as the chief medical officer for a Tennessee hospital, claimed to have almost died when he contracted COVID-19 after attending a meeting about how to limit the spread of the virus in the medical center.

One of Lewis' colleagues had a mild cough during the March meeting and was hit with severe symptoms later that night, USA Today reported.

“Coronavirus does not respect your person. You don’t have to be elderly,” he said. “It’s an apolitical virus that can strike anyone. While there are certain risk factors that may predispose some people to being more ill than others, it can strike people like myself that otherwise were healthy.” 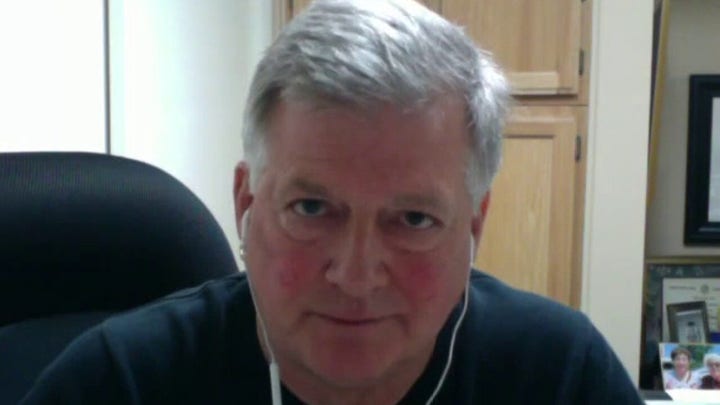 Lewis bounced back after being quarantined and hospitalized for over a month, but still thinks he has a way to go on the road to recovery.

“I absolutely did not die from the virus, and I praise God for that daily,” he said. “But I’ve now spent three months of life recovering from the virus with more to go … I will continue to seek care for this in follow-up visits probably for the rest of my life."

Lewis was one of the first infections in Greene County back on March 30 and did not have any serious underlying health conditions, according to USA Today. He was eventually checked into his own hospital where he worked at Greenville Community and couldn't have visitors.

“It was surreal,” he explained. “Once I was in the hospital, I knew that every time I called for a nurse or a staff member I was potentially exposing them to a deadly virus. It was scary, and it was daunting, but it was also reassuring because I knew we had put processes in place to protect us.”

He was later transferred to a larger hospital and spent the next several weeks in isolation, during which time he required the use of a ventilator. After being transferred once more to a rehab facility in May, he was finally released, 38 days after first entering the hospital.

When Lewis got home, he was met by his Sunday school class, along with his five children. “It felt like the weight of the world had been lifted off my shoulders,” he told USA Today. “It was exhilarating.”