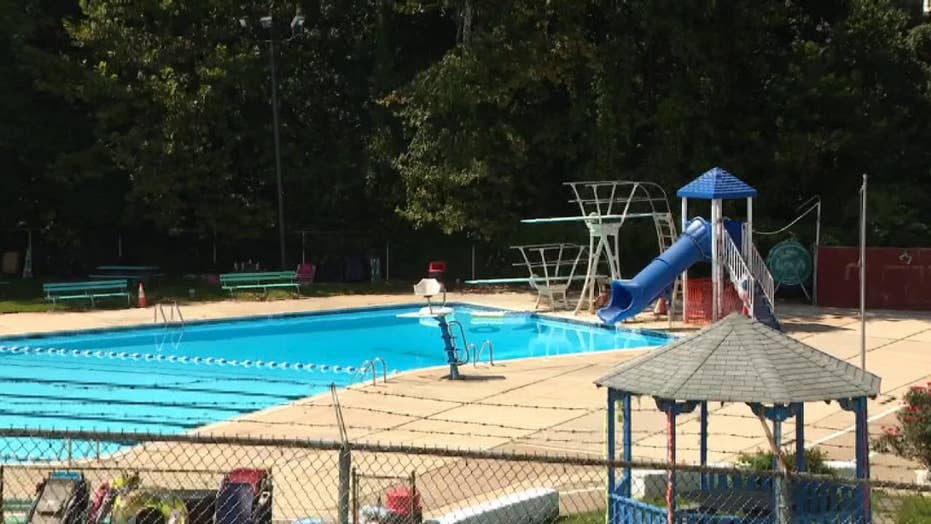 A 13-year-old boy drowned on Wednesday after a group of teens went for an after-hours swim at a Pennsylvania summer club, police said.

Officers were called to the Folcroft Swim Club, which is in a Philadelphia suburb, just before 1 a.m.

Police said the victim and three friends, between the ages of 13 and 15, apparently snuck into the club after it had closed. The 13-year-old, whom police did not identify, was found unresponsive in the deep end of the pool.

Folcroft Police Chief William Bair said the boys hopped the fence and went into the deep end of the water on flotation devices when the 13-year-old went up on the diving board as another teen held a float below, Fox 29 reported.

The station reported that Bair said the teen was planning to jump off the diving board and use the flotation device, “but when he landed it was on the witness and the float went away from everybody."

Police reportedly said the victim quickly sank to the bottom of the pool and none of his friends could jump in to save him because they couldn't swim.

"The 15-year-old, he's the only one that has the cell phone, he stops and realizes I have to call," Bair said, as WPVI reported.

Police said the teen initially gave officers the name of the wrong pool, which was two miles away, the television station reported, adding that it took police and medics over 30 minutes to arrive because of the confusion and the fact that the 15-year-old didn’t call right away.


Folcroft Swim Club called the incident “a tragic accident” on its Facebook page, writing on Wednesday, “Four teenagers, entered the property, after closing, apparently 'pool hopping.' Police were called at 1 a.m. by one of the teens and when police arrived they found a young man unresponsive in the deep end of the pool.”

The post continued, “We would like to thank all of the first responders that provided assistance in this terrible event. We ask that everyone keep all families involved in their thoughts and prayers at this time.”

The swim club was closed Wednesday and is set to reopen Thursday.