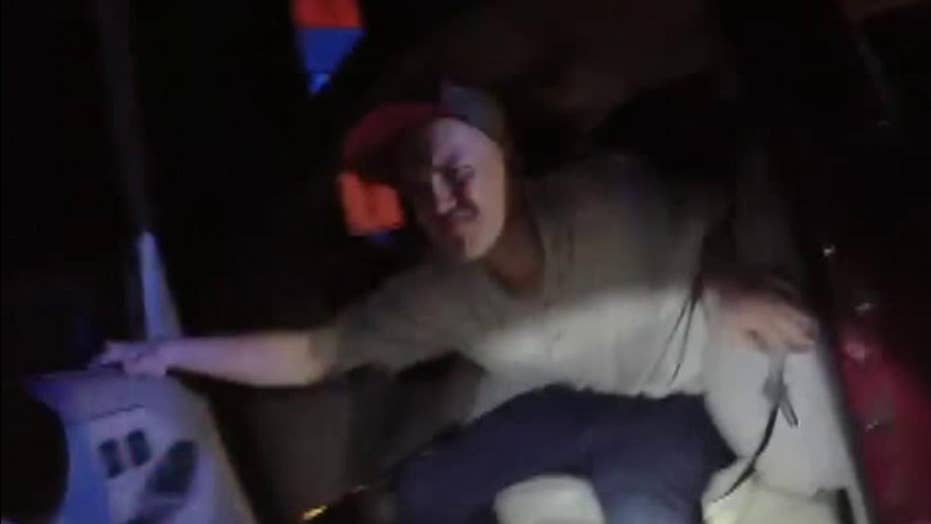 A Racine County deputy was injured during a fight with a drunk driving suspect.

A police officer in Wisconsin was injured after he was attacked by a suspected drunken driver on July 4 in an incident captured on an officer's bodycamera.

The Racine County Sheriff's Office told FOX6 it received a call just after midnight about a reckless driver going fast near Union Grove, located 30 miles south of Milwaukee. When deputies arrived to the area, they found Dmitry Zellmer, 20, with his vehicle stopped on State Highway 11 and leaning out of the car.

When police approached Zellmer, he then get out of his vehicle and began to fight the officer.

"Things turned south pretty quickly," Racine County Sheriff Christopher Schmaling told FOX6. "When he was asked to come out, you can see it in his eyes, he was not willing to give up his night of partying and he became violent."

In the video, the deputy can be seen falling to the ground as Zellmer attacked him.

Dmitry Zellmer was arrested after he attacked a police officer during a traffic stop. (Racine County Sheriff's Office)

The 20-year-old made an initial appearance in court on July 5, and is scheduled to appear in court again on July 12.

The officer involved in the scuffle suffered a knee injury and was transported to the hospital. Schmaling told FOX6 the officer was back on the job by Thursday.