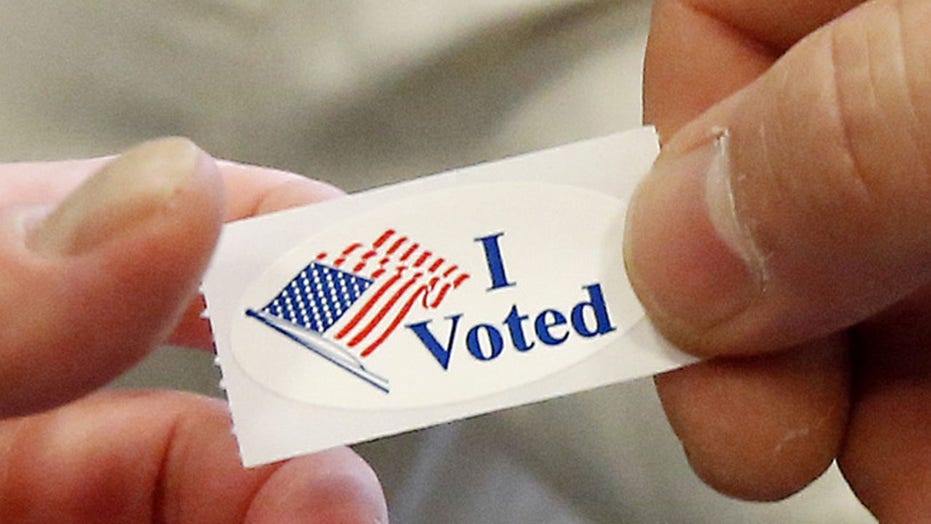 Battle for the East: What you need to know

What you need to know about the major primaries in Connecticut, Delaware, Maryland, Pennsylvania and Rhode Island

Voters in Connecticut, Delaware, Maryland, Pennsylvania and Rhode Island are voting today in their states suddenly very relevant primaries. Both Hillary Clinton and Donald Trump are hoping for clean sweeps in their respective primaries today.

We’re calling it “Super Tuesday Battle for the East,” and it could end up being key to the final outcome. Donald Trump could show he is on the path to getting all the delegates he needs before the convention. Upsets by Cruz or Kasich could give their push credibility or help prove its futility.

Hillary Clinton is hoping to shut down the insurgent campaign of Bernie Sanders once and for all. Last night she got frustrated with Sanders in a Town Hall with Rachel Maddow on MSNBC:

“I am ahead in the vote, Rachel. I am way ahead. Look, I have the greatest respect for Senator Sanders, but really, what he and his supporters are now saying, just doesn’t add up. I have 2.7 million more votes than he has. I have more than 250 more pledged delegates. I’m very proud of the campaign we have run, and the support we have gotten, and of course we’re going to work together. As I said, I share a lot of the same goals, we’ve got to work together, but I am ahead. And let’s start from that premise while we talk about what happens next, okay?”

If Hillary wins all five states tonight, she’ll end up around 90% of the delegates she needs to secure the nomination. She’s campaigning in Indiana this afternoon, but returns to Philadelphia for a victory party.

The pressure continues to grow on Sanders to drop out of the race. He appears to be staying in until at least June 7th and the California primary. Sanders campaigns in West Virginia tonight.

Janet Hook and Reid J. Epstein write in the Wall Street Journal, “Donald Trump is poised to sweep five states' Republican primaries on the Eastern Seaboard on Tuesday, but his rivals are already looking ahead to next week's contest in Indiana, which may be their last chance to keep Mr. Trump from clinching the party's presidential nomination.”

Meantime, Donald Trump has unleashed a withering attack on John Kasich and Ted Cruz. He is calling their decision to “team up” to coordinate campaigning in an effort to keep the nomination from Trump an “act of desperation.”

That unlikely alliance is showing signs of strains with Kasich especially not sticking to the script when it comes to not campaigning in Indiana. Kasich is keeping his plan to meet with Governor Mike Pence and isn’t telling voters there to vote for Cruz though he has cancelled campaign events in the state. Meantime, Cruz isn’t campaigning in Oregon or New Mexico.

Sean Sullivan and David Weigel write in the Washington Post:

“The tumult fueled doubts about the arrangement among voters and Republican elites, who worried that Cruz and Kasich have handed Trump a ready-made argument that the party establishment is plotting against him. The mogul said as much in a series of stump speeches on the eve of primary voting on Tuesday, when Trump is poised to rack up delegates in five Eastern states: Connecticut, Delaware, Maryland, Pennsylvania and Rhode Island.”

Ted Cruz is holding a rally tonight in Indiana.

Severe weather likely today including tornadoes in the Plains states. 37 million from Texas, Nebraska, Missouri, Arkansas and Iowa are at risk. Storms also likely in the Northeast where people are voting.

We get several important earnings reports today including Apple after the close. Apple is expected to show a big slowdown in iPhone sales.  This morning we hear from 3M, Coach, Corning, JetBlue, Hershey, Freeport McMoRan, Lockheed Martin, Proctor and Gamble, and many more.

Regulators have approved the merger of Charter Communications and Time Warner.

Turns out Japanese carmaker Mitsubishi has been cheating on emissions tests since 1991! Look for the stock to get hammered today.

Today is the 30th anniversary of the nuclear disaster at Chernobyl. More than 350,000 people were forced to flee their homes forever. Parts of the disaster site won’t be habitable for 3,000 years.