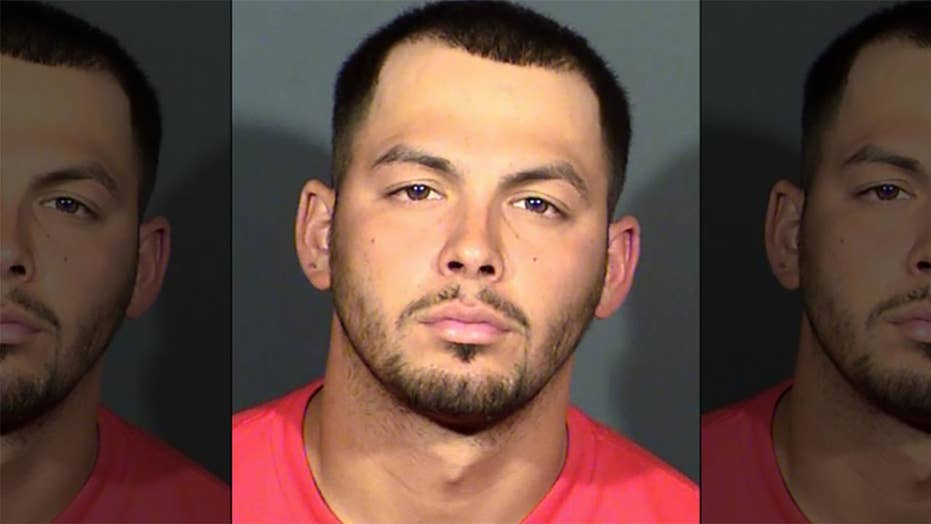 It was a single punch in a fight outside a Las Vegas club a year ago, and now the suspect is heading to prison.

James Beach, 28, was sentenced to three to 10 years behind bars for fatally punching Luis Campos in the head after a confrontation as he waited in line to get into the Vanguard Lounge, a hot spot for locals and tourists in the popular Fremont Street Experience in downtown Las Vegas.

According to police, Beach approached Campos, an argument ensued and he punched the victim.

Campos was visiting from California for a bachelor party when the encounter unfolded on April 30, 2017. The father of five children never regained consciousness and died in a Vegas hospital four days later.

Defense attorneys for Beach tried to argue that the punch was thrown in self-defense, a tragic mistake.

A judge was not buying that characterization, though. Prosecutors highlighted video surveillance to make the case that the attack looked unprovoked.

"His hands are in his pockets," prosecutor Marc DiGiacomo said of the video showing victim Luis Campos, "when Mr. Beach walks up to him, says something, and when the guy leans in he just throws a punch."

Beach and a friend originally fled the scene and were apprehended later in the weekend thanks in large part to anonymous tips.  Beach was charged with open murder.

Beach entered a guilty plea at the beginning of trial for voluntary manslaughter.