Stormy Daniels and her husband Glendon Crain have split, her lawyer said. (ZUMA)

“My client Stormy Daniels and her husband Glen have decided to end their marriage. A petition for divorce was filed last week, the accuracy of which is vehemently disputed,” Avenatti tweeted. “Stormy’s daughter remains her number one priority.  She kindly asks for privacy for the sake of her family.”

Daniels, who claims she had sex with President Trump, and Crain got married in 2010 and have a daughter together. Crain also appeared in pornographic films and went by the name Brendon Miller.

This was Daniels' third marriage.

Crain filed the petition for divorce on July 18 in state district court in Kaufman County, located just southeast of Dallas. In the 13-page divorce petition, Crain alleged adultery as grounds for the divorce and seeks sole custody of the couple's 7-year-old daughter and child support from Clifford, as well as a financial award and disproportionate share of the couple's community property.

Daniels, according to The Daily Beast, tried to fly the couple's daughter out to North Carolina to accompany the dancer on her strip tour.

“She has purchased a ticket for my child ... to fly out on July 20, 2018 and join Respondent on tour," Crain reportedly stated in the petition. "This will involve the child being on her tour bus with other adult performers and producers."

"This will place my child in eminent threat of serious and immediate physical or emotional harm," he said.

Crain requested a temporary restraining order against Daniels, according to the report.

Daniels tweeted Monday evening that she doesn't "need or want privacy. I want truth. And it will come out. I'm not afraid."

Rumors about the couple’s split began last week after Daniels was arrested while performing at an Ohio strip club. Daniels faced three misdemeanor counts of illegal sexual activity, but the charges were later dropped.

However, the arrest report obtained by TMZ stated Daniels had marked off she was not married. Avenatti insisted at the time Daniels and Crain were still together. 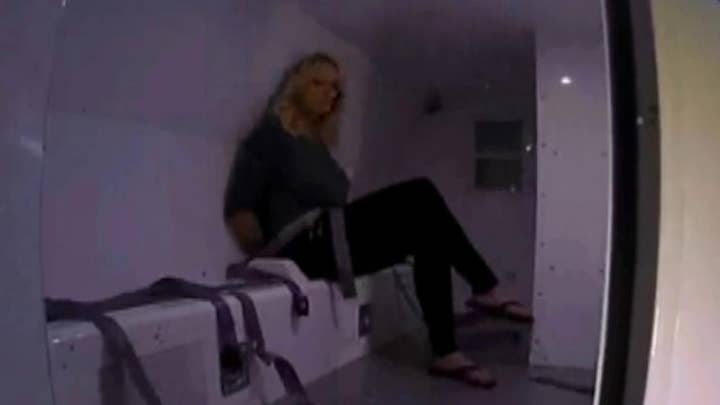 On Friday, Fox News learned that Daniels canceled a number of appearances at clubs where she'd agreed to dance. The reason she canceled was not immediately clear.