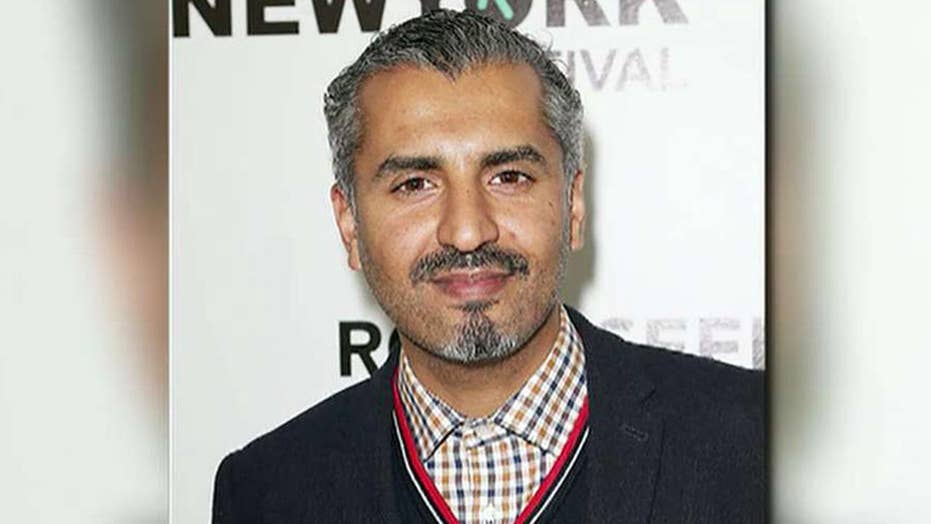 The Southern Poverty Law Center (SPLC) announced Monday that it would pay $3.375 million to settle a lawsuit brought by a British anti-extremism group that was put on a list of "anti-Muslim extremists."

In a statement, the Alabama-based SPLC apologized to the Quilliam Foundation and its founder, Maajid Nawaz.

"Although we may have our differences with some of the positions that Mr. Nawaz and Quilliam have taken, they are most certainly not anti-Muslim extremists," the statement read in part. "We would like to extend our sincerest apologies to Mr. Nawaz, Quilliam, and our readers for the error, and we wish Mr. Nawaz and Quilliam all the best."

SPLC APOLOGIZES AFTER PAINTING JOURNALISTS AS FASCISTS IN RETRACTED ARTICLE

In 2016, the SPLC included Nawaz and Quilliam in an online publication called "A Field Guide to Anti-Muslim Extremists." The list, which included conservative blogger Pamela Geller and human rights activist Ayaan Hirsi Ali, drew ire from across the political spectrum.

That October, left-wing British writer Nick Cohen accused the SPLC of "[doing] the dirty work of the misogynists, the racists, the homophobes, the censors, and the murderers it was founded to oppose" in calling Nawaz an extremist. In June 2017, Nawaz told Fox News' "The Story with Martha MacCallum" that the SPLC was "ideologically driven to silence any voice that introspects from within the Muslim community."

The list has since been removed from the SPLC's website and replaced with the statement apologizing to Nawaz and Quilliam.

In a statement, Quilliam said it would use the settlement money to fight both "anti-Muslim bigotry and Islamist extremism."

"With the help of everyone who contributed to our litigation fund, we were able to fight back against the Regressive Left and show them that moderate Muslims will not be silenced," Nawaz said. "We will continue to combat extremists by defying Muslim stereotypes, calling out fundamentalism in our own communities, and speaking out against anti-Muslim hate."

The settlement marked another black eye for the SPLC, which has repeatedly been accused of branding some conservative organizations as "hate groups." In March, the SPLC was forced to retract an article accusing reporters of enabling white supremacists and anti-Semites.