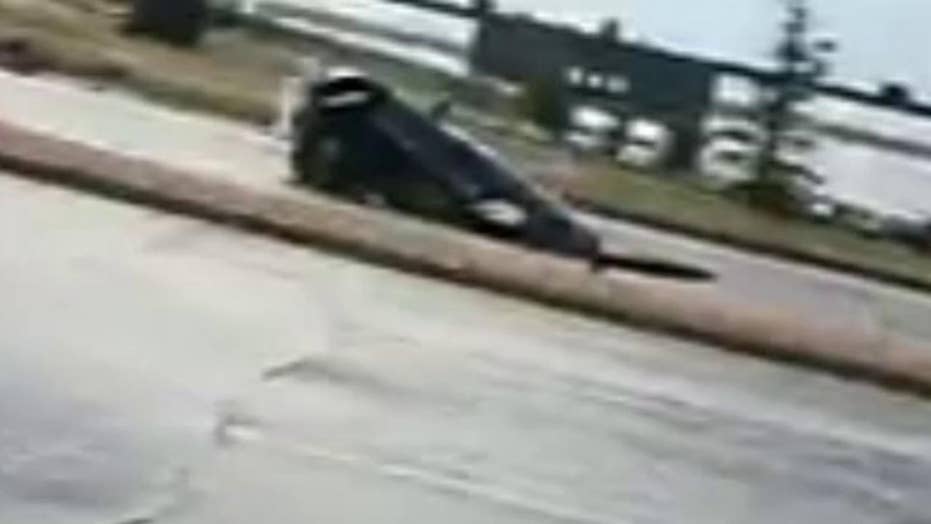 A severe thunderstorm brought heavy rains to the Denver area on Tuesday and contributed to a sinkhole that swallowed an SUV.

Sheridan police Chief Mark Campbell told FOX31 the deluge caused the sinkhole to open up, but the driver made it out of the vehicle before it fell in.

The incident was captured on video shot by a man working across the street.

"You can see the road just crumble, the car just fell into the road," Tye Adams told FOX31. "It kind of just bobs around for a second, and once it gets actually filled with water, it goes. It was splashing around for like two minutes after, it was pretty intense."

The deluge from the storm caused flooding in some neighborhoods, after some cars were reported stranded at the underpass.

This was not the first time a sinkhole has formed in the area. In June 2015, a Sheridan police sergeant's SUV went into a massive sinkhole near where Tuesday's incident took place, according to FOX31.