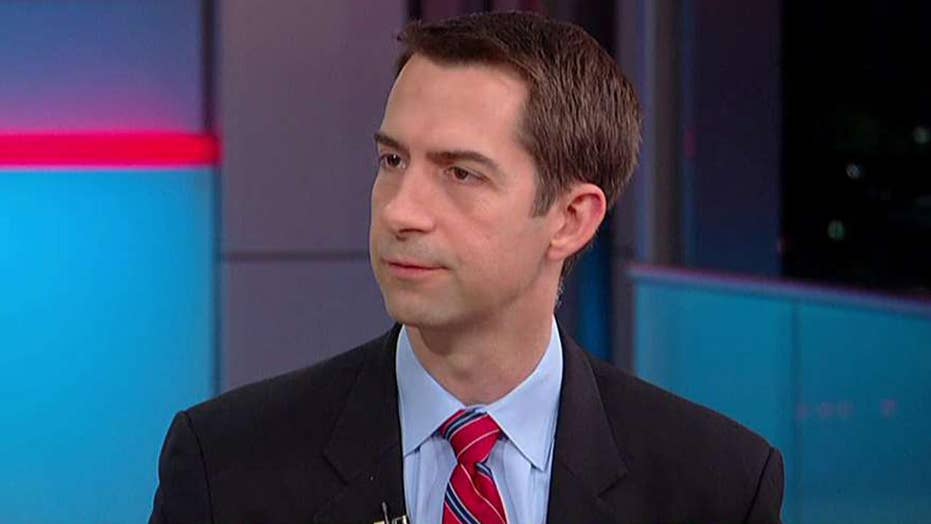 Sen. Tom Cotton gives a glimpse of Arlington National Cemetery through the eyes of the Old Guard

The Republican senator and author of the new book 'Sacred Duty: A Soldier's Tour at Arlington Cemetery' goes inside his service with the Army's 3rd U.S. Infantry Regiment.

Sen. Tom Cotton, R-Ark., said Monday one of his biggest honors in life was serving in the Army with “The Old Guard” as a funeral escort at Arlington National Cemetery.

Cotton told "Fox & Friends" he was a member of the Army’s elite ceremonial unit between tours of duty as an infantry officer in Iraq and Afghanistan. He was elected to the Senate in 2014.

“If I wasn’t in Iraq or Afghanistan leading troops in combat, I can’t think of anything more meaningful than serving at Arlington National Cemetery with The Old Guard, honoring our nation’s fallen heroes and everything that means to America,” he said.

Cotton took "Fox & Friends" viewers on a tour of the cemetery, coinciding with the publication Tuesday of his new book, “'Sacred Duty: A Soldier's Tour at Arlington Cemetery'”

The Old Guard is the nickname for the 3rd U.S. Infantry Regiment, the oldest active-duty infantry unit in the Army. The unit’s beginnings date back to 1784.

“The story of The Old Guard is kind of the story of America as a nation,” Cotton said.

The senator said that one Arlington funeral in particular that he remembers escorting was the funeral for 12 Americans who were killed in 2007 when a Black Hawk helicopter was shot down in Iraq.

“We rehearsed that funeral for several days because we wanted to make sure that for every one of those families got that last perfect moment of honor,” Cotton said.

Cotton said every time he is back to Arlington he tries to visit the grave of someone he served with in Afghanistan, Lt. Col. Mark Stratton II. Stratton was killed in a suicide bombing near Bagram Airfield ten years ago.