Before playing his famous role as the sadistic Gunnery Sgt. Hartman in the 1987 film, Ermey enlisted in the Marine Corps in 1961. The Kansas native served for 11 years, including 14 months in Vietnam, before he was medically discharged in 1972 due to injuries.

Ermey had small roles in “Apocalypse Now” and “The Boys in Company C” before he got his big break in “Full Metal Jacket.” Ermey was originally supposed to be a technical adviser, but Kubrick offered him the role of Gunnery Sgt. Hartman after seeing a demo tape of the actor railing at extras while tennis balls flew at him. 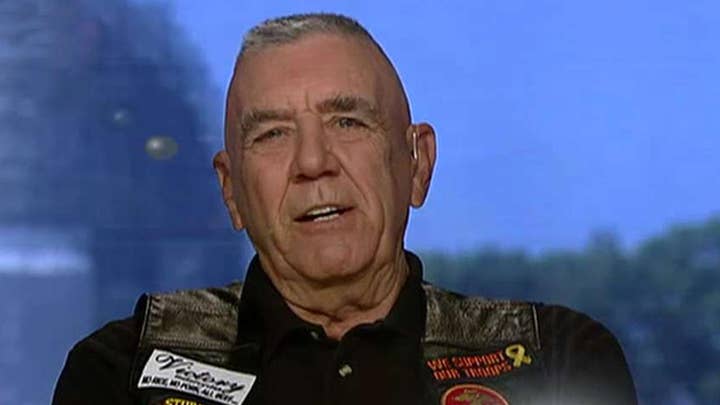 He was an outspoken supporter of the military.

“I was in during the Vietnam era, so we weren’t widely respected at all,” Ermey told the U.S. Naval Institute in 2015. “Matter of fact that was the era when, when you came back from war, they spit on you. That was the hippie generation though. There’s still some problems, still some situations, and there’s still some people in this world who just refuse to support our beloved military.”