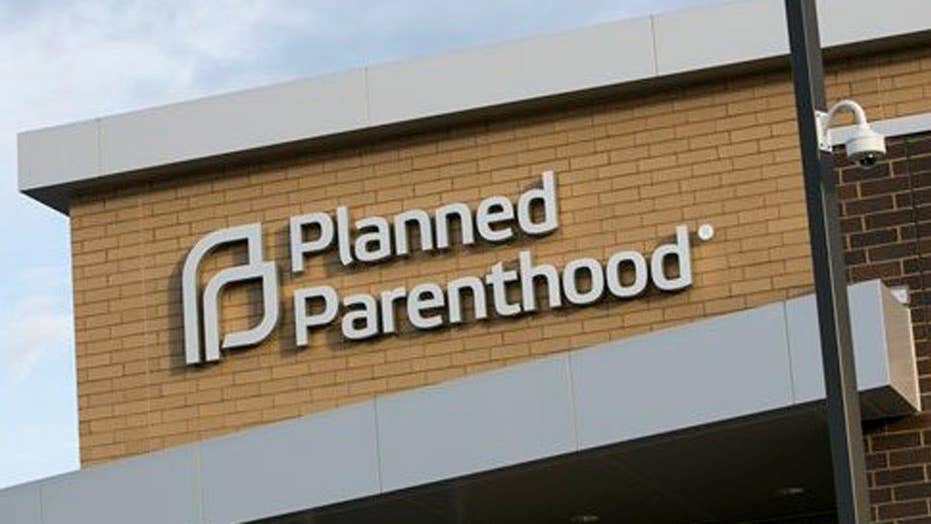 David Daleiden. (The Center for Medical Progress via AP)

David Daleiden appeared in a Houston courtroom and posted $3,000 bond. Sandra Merritt, another activist also charged in connection with the videos, turned herself in Wednesday.

Both are charged with tampering with a governmental record, a felony punishable by up to 20 years in prison. Daleiden also was indicted on a misdemeanor count related to purchasing human organs that carries up to a year in prison. Attorneys say the pair plans to plead not guilty.

Prosecutors said Wednesday that they offered Merritt probation in a settlement. Merritt's attorneys criticized the indictment but didn't indicate whether they would accept the offer to settle.

Arrest warrants were issued for Merritt and Daleiden after they were indicted Jan. 25, and their attorneys arranged a deal with authorities for their voluntary surrender.

The grand jury cleared Planned Parenthood of misusing fetal tissue, opting instead to indict Daleiden and Merritt, who made the videos and are accused of using fake driver's licenses to get into a Houston clinic.

The video footage showed them posing as representatives of a company called BioMax, which purportedly procured fetal tissue for research. Planned Parenthood has said the fake company offered to pay the "astronomical amount" of $1,600 for organs from a fetus. The clinic said it never agreed to the offer.

The activists' attorneys have acknowledged the two used fake driver's licenses but that their actions weren't meant to defraud or harm the abortion provider, and that they never intended to buy human organs.

Defense attorneys also said the charges won't stand up in court and have asked Anderson to drop the case and resubmit the evidence to another grand jury on possible charges against Planned Parenthood.

Anderson has said that she won't resubmit the case because she respects the grand jury's decision "even if it conflicts with my personal beliefs," which Anderson described as "pro-life."