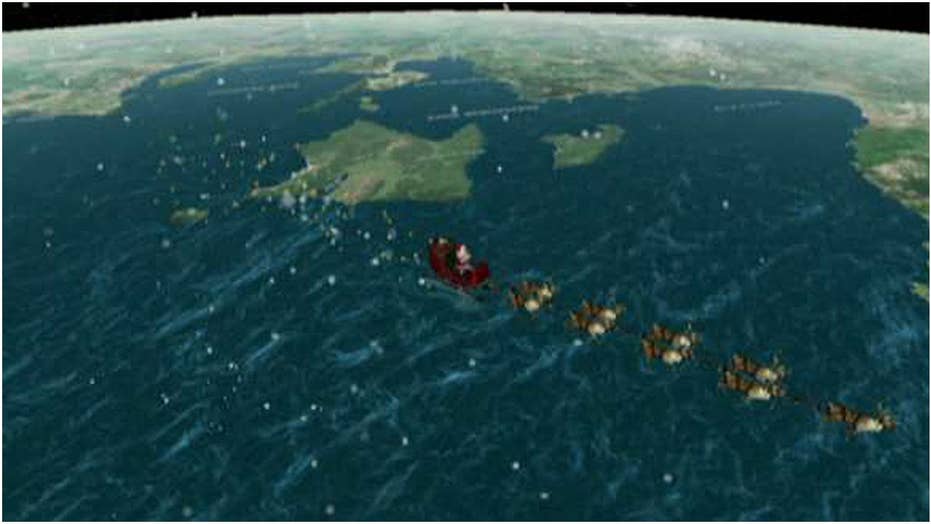 Gen. Terrence O'Shaughnessy is following St. Nick as he begins his sleigh ride across the globe.

Santa has left the North Pole a little early this year on his mission to spread cheer to children around the world.

Police and fire departments in Indiana and Massachusetts recruited St. Nick on Monday to visit two young boys who were denied visits with some of his doppelgangers over the weekend because of their service dogs.

“I can’t tell you how excited and happy this makes us,” Alyssa Burkhart, the mother of 8-year-old Tyler, who has autism, told WISH-TV after a Brownsburg Fire Territory truck pulled up to her home and out stepped Santa Claus.

Tyler and his service golden retriever stood in line this past weekend to meet Santa in Indianapolis, the station reported, but were turned away over concerns the canine could cause allergy problems for others.

“The damage had already been done at that point. You had a very crushed child,” Alyssa Burkhart told WISH.

So Brownsburg’s fire department, in order to keep the magic of Christmas alive, gave Santa a ride in one of its trucks to Tyler’s doorstep Monday night.

Santa arrives at Tyler Burkhart's home after he was denied meeting him over the weekend because of his service dog. (Brownsburg Fire Territory)

Members of the fire department allowed Tyler to honk the truck’s horn and spray water from its hose – and he also was gifted a smaller red fire truck from Santa.

“He’s going to be talking about it for days,” Alyssa Burkhart said.

The Brownsburg fire department, in a tweet, said it was an "honor to be able to help bring a little Christmas joy to our friend Tyler." (Brownsburg Fire Territory)

And Indiana wasn’t the only place Santa visited Monday night.

The Lunenburg Police and Fire departments, along with the Salvation Army and a number of officers from surrounding communities, arranged a police escort so Santa could meet Hunter Specht at his Massachusetts home.

The 9-year-old, who suffers from epilepsy, also was denied a visit with Santa Claus at a mall in Leominster over the weekend because of his service dog, according to WFXT.

In that case, the company hired to take photos at the mall said an employee did not follow protocol – which allows service animals – and has been suspended upon further review, WFXT reports. The company reportedly apologized to the family and invited them back for a private visit.

“Christmas is supposed to be a magical time and for that to happen… and see my son crushed, I hope that no parent ever has to face that,” his mother, Sarah Specht, told the station.

The Lunenburg Police Department, in a Facebook post, said “Santa made a visit to our good friend Hunter to wish him a Merry Christmas, and deliver a few gifts early.”

“We all hope Hunter and his family have a very happy holiday!” it added.