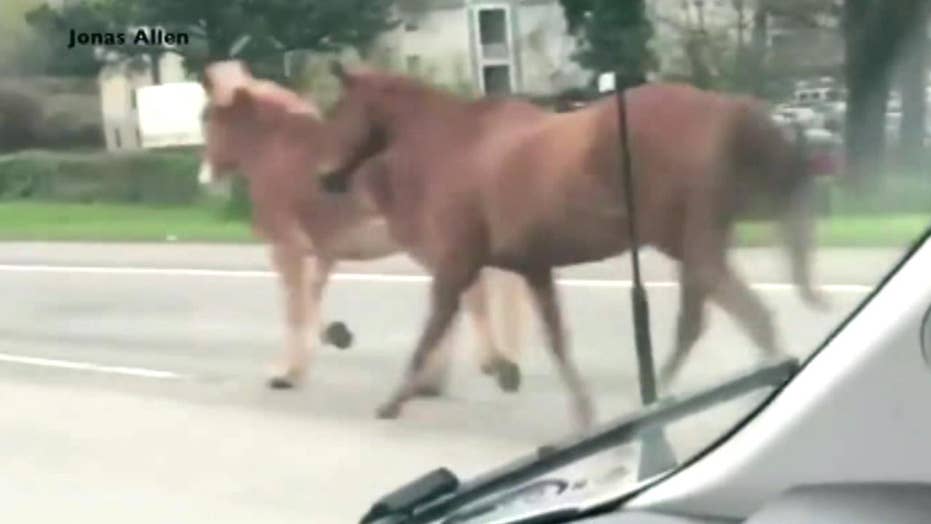 Horses galloping down Highway 78 cause traffic jam in Clarkson, Georgia.

Drivers in the Atlanta area are used to dealing with traffic – but they encountered a different kind of slowdown on Saturday after a herd of horses trotted to an area highway and clogged traffic for half an hour.

On Saturday morning, a small herd of horses escaped onto U.S. Highway 78 in DeKalb County, about 12 miles from downtown Atlanta.

Police told FOX 5 Atlanta that officers rounded up the animals, which brought traffic to a standstill as motorists stopped to look at the bizarre sight.

Decatur's Little Creek Horse Farm, the place where all the horses escaped from, said the herd escaped after a gate was left open.

"We were lucky to have a lot of people at the barn this morning, which made the recovery operation much faster," the farm said in a Facebook post. "Those rascals were moving fast, and the wonderful Dekalb County Police Department responded quickly, efficiently, and appropriately to make sure they and those in cars on the freeway were not hurt."

The farm said it is taking steps to make sure a similar situation doesn't happen again.