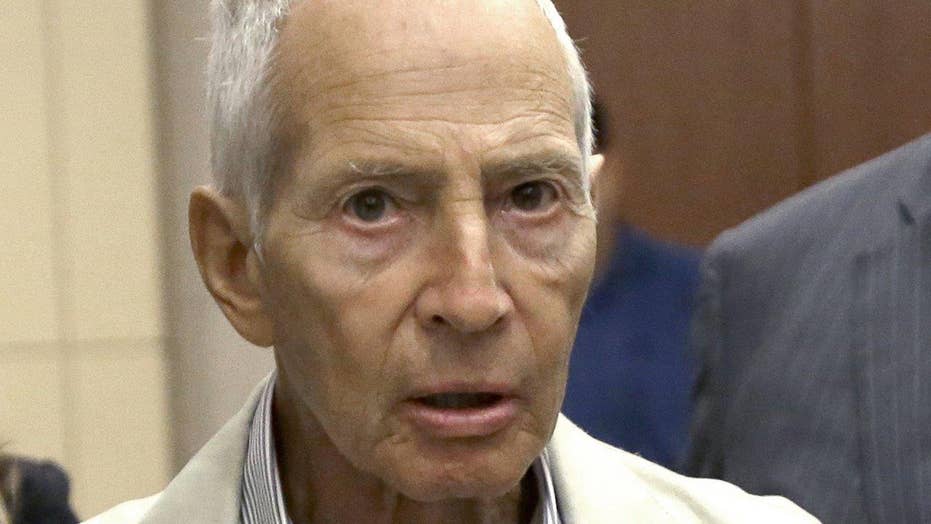 "Our legal team is doing what they can to find out the why of it and find out if anything can be done" to get Durst sent to the federal prison closest to Los Angeles, Richard DeGuerin said Monday.

But he said he doesn't know if there's any way to change the decision to send Durst to Terre Haute to serve his sentence of seven years and a month on a weapons charge.

"The Bureau of Prisons is an agency all of its own. Even a federal district judge can't tell them what to do," DeGuerin said. "There's no process of appeal."

DeGuerin said the assignment may have been made because the Terre Haute prison has one of two "level 3" medical facilities in the federal system. The other is in North Carolina at a prison for sexual offenders.

He said Durst had spinal fusion surgery in mid-July

"They figure he needs a higher level of medical care than we think he needs," he said.

Durst is accused in California of killing his friend Susan Berman in 2000 to keep her from talking to prosecutors about the disappearance of Durst's first wife, Kathleen Durst, in 1982.

"We've been saying from the date of his arrest in April of last year that he didn't kill Susan Berman, doesn't know who did and he wants his day in court and wants to prove that he didn't. And the only place that can be done is in California," DeGuerin said.

When U.S. District Judge Kurt Engelhardt sentenced Durst in New Orleans, he recommended that Durst serve his time at FCI Terminal Island, California, about 30 miles from downtown Los Angeles. The location is near the trial venue and has medical facilities Durst needs because of his "advanced age and serious health considerations, including mobility challenges," defense lawyers wrote in their request.

DeGuerin said Monday that Durst "does have serious medical complications, but they're under control."

He says Durst is a 72-year-old cancer survivor, has had brain surgery for hydrocephalus, and has had two operations to fuse neck vertebrae, the most recent in mid-July.

"He's recovering from his surgery. Doctors have treated him. They say he's OK to travel to California," he said.