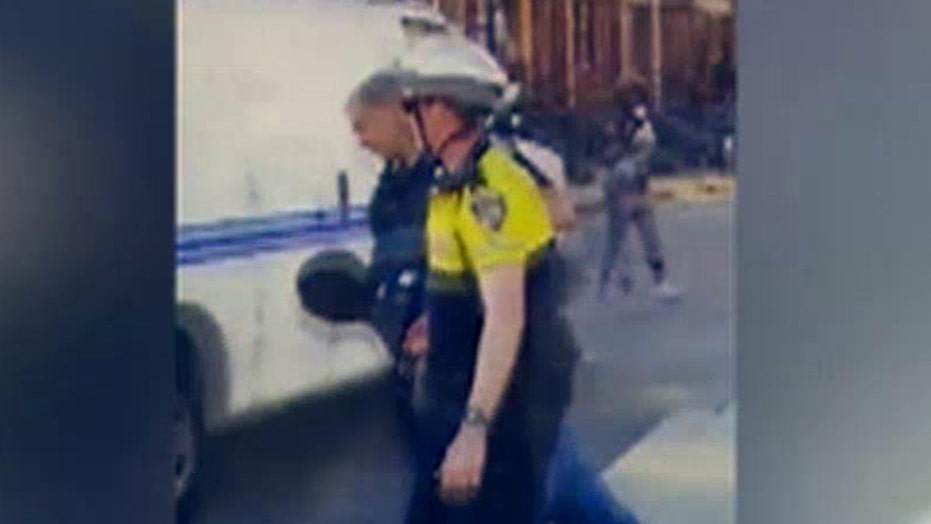 Freddie Gray, whose death triggered Monday’s rioting in Baltimore, may have intentionally tried to injure himself in a police van, according to another prisoner in the vehicle, the Washington Post reported late Wednesday night.

The Post said the unidentified prisoner, who was separated from Gray by a metal partition and could not see him, reportedly said he heard Gray “banging himself against the walls” and believed he “was intentionally trying to injure himself.

The prisoner’s statements were contained in an investigative document obtained by the paper, which said it was unclear if there was any additional information to support the theory.

Gray, who is black, was arrested April 12 after he ran from police. Officers held him down, handcuffed him and loaded him into the police van. While inside, he became irate and leg cuffs were put on him, police had said. At some point, he suffered a severe spinal injury and was unconscious when the van arrived at a police station.

Authorities have not explained how or when Gray’s spine was injured. He died April 19.

Tuesday, the city started to enforce a curfew starting at 10 p.m. to 5 a.m. More than 3,000 National Guardsmen and law enforcement officers were called into the city to make sure no more violence took place in the city. Baltimore stayed quiet throughout the night Wednesday as well.

Baltimore mayor Stephanie Rawlings-Blake has also come under fire after a senior law enforcement told Fox News Wednesday that she ordered police to stand down.

The source, who is involved in the enforcement efforts, confirmed to Fox News there was a direct order from the mayor to her police chief Monday night, effectively tying the hands of officers as they were pelted with rocks and bottles.

The claim follows criticism of the mayor for, over the weekend, saying they were giving space to those who "wished to destroy."

Rawlings-Blake has defended her handling of the unrest, which grew out of protests over the death of Freddie Gray while in police custody.

The mayor, in an interview with Fox News' Bill Hemmer on Tuesday, denied any order was issued to hold back on Monday.

"You have to understand, it is not holding back. It is responding appropriately," she said, saying there was no stand-down directive.

She said her critics have a right to their opinion.

Baltimore police are expected to finish their investigation Friday and turn the results over to the city’s state’s attorney office, which will decide whether to seek indictment. Six police officers, including a lieutenant and a sergeant, have been suspended.