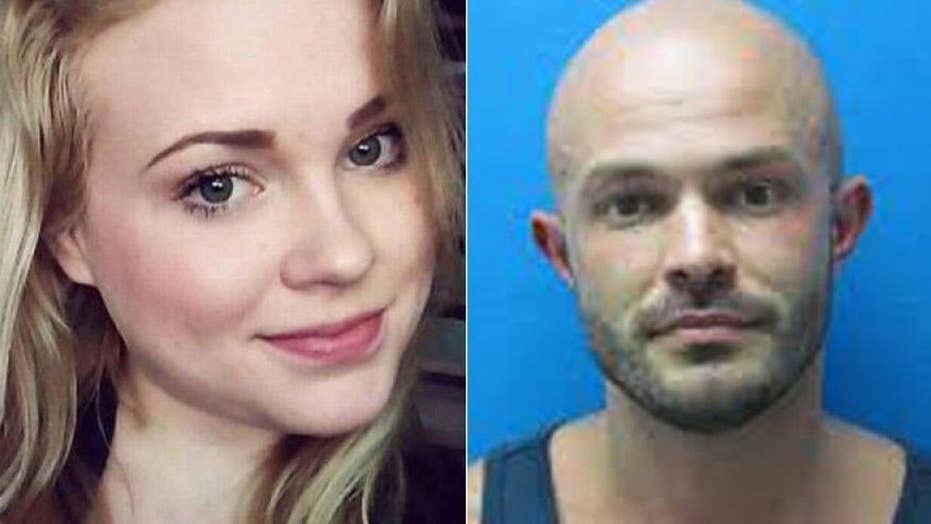 New developments in the murder of Texas college student

A day after the body of a North Texas college student was found dismembered and burned in a plastic kiddie pool in a park, a mysterious tweet appeared on her Twitter account that read, “Never knew I could feel like this.”

Authorities in Grapevine told KHOU.com they were investigating the tweet as part of wider investigation into the man charged in her death.

Charles Dean Bryant, 30, is being held on $1 million bond on a charge of capital murder in the death of 24-year-old Jacqueline Vandagriff. He was released from jail on a stalking charge just days before meeting Vandagriff at a bar Sept. 13. Her body was found the next morning after firefighters extinguished a fire in a Grapevine park.

According to an arrest warrant, Vandagriff is seen on a security video meeting Bryant at the bar in Denton, where she attended Texas Woman's University. They are later seen going to another bar, then leaving together at about 9:45 p.m.

Grapevine police Sgt. Robert Eberling has said that it's not known if the two knew each other before meeting at the bar. KHOU.com reported that Bryant posted on Facebook the day after her body was found: “Full moon, let’s see what trouble I can get into.”

Cellphone data indicate that early on the morning of Sept. 14, Vandagriff's phone was in the vicinity of Bryant's home in Haslet, about 25 miles southwest of Denton, according to the arrest warrant. Video evidence showed Bryant buying a shovel at 4:41 a.m. at a Walmart, and there was evidence at his home that someone had tried to dig a hole in the ground.

Officials responding to a fire about 6:30 a.m. found Vandagriff's body in a plastic kiddie pool in a park in Grapevine, located about 20 miles from Haslet. The arrest warrant says a witness saw a man standing over the fire before leaving.

Jail records show Bryant was arrested Sept. 7 by University of North Texas police on a stalking charge and posted bond at the Denton County jail on Sept. 9. He was also arrested by UNT police Sept. 6 and released the same day on bond for criminal trespass.

According to Denton County court records, the stalking and criminal trespass arrests came after Bryant continued to contact his former girlfriend, despite her desire that he not after she ended their dating relationship Aug. 23. Upon Bryant's stalking arrest, a judge issued the emergency protective order.

Court records show that on Saturday -- three days after Vandagriff's body was found -- his ex-girlfriend told police she'd received emails from Bryant saying he missed her and wanted to talk to her.

Police on Sunday arrested him, and he was later charged with capital murder. It was not immediately clear if he had an attorney.

Texas Woman's University said Vandagriff was a nutrition student there. Eberling said Bryant had worked at the Urban Cowboy Saloon in Fort Worth. The gay dance club said on its Facebook page that he was fired on Sunday for not showing up for his shift.

According to the arrest warrant, officials executing a search warrant at Bryant's home found Vandagriff's purse in the trash. The document also said the search found a kiddie pool in the backyard that looked similar to the one found with Vandagriff's burning body in it, and saw a patch of dead grass where it appeared a similar pool had been. Bryant's roommate told police that there had recently been two kiddie pools in the backyard.

Vandagriff's cause of death has not yet been released.