The Trump administration is sending more federal agents to Portland, Ore., in a bid to increase its presence against growing groups of protesters and nightly lawlessness.

The U.S. Marshals Service will send 100 deputy U.S. Marshals to Portland, according to an internal Marshals email reviewed by The Washington Post.

The Department of Homeland Security is also considering sending in 50 U.S. Customs and Border Protection personnel to the city, though a final decision has not yet been made, the paper reported, citing senior administrative officials.

The move to send in additional agents would mark a significant expansion of the federal forces currently deployed to Portland. As of mid-July, there were only 114 federal agents.

The largely liberal city has seen weeks of protests over police brutality and systemic racism with no end in sight. There have been nightly protests, some of which have escalated into riots, for two straight months following the death of George Floyd, a Minneapolis man who died in police custody. 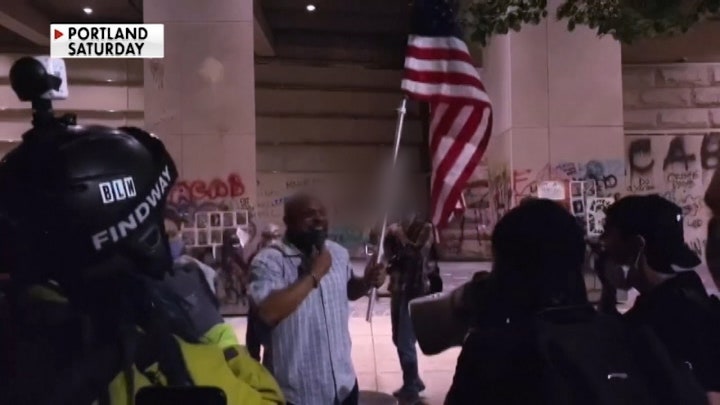 President Trump repeatedly has said he sent federal agents to Portland to stop the unrest but state and local officials say he's only making a bad situation worse.

The Trump administration has pledged to defeat the "violent anarchists" who claim they are trying to burn down the federal courthouse building.

Confrontations between heavily-armed federal agents and activists have intensified in recent weeks.

Late Sunday, there was a reported shooting in Portland. There was also a bag found with loaded rifle magazines and Molotov cocktails, which led to an intense Monday morning confrontation between demonstrators and law enforcement.

U.S. agents repeatedly fired what appeared the to be tear gas, flash bangs and pepper balls before dawn to clear a crowd outside the Mark O. Hatfield United States Courthouse.

Some demonstrators had climbed over the fence surrounding the courthouse while others set off fireworks and banged on the fence.

Portland isn't the only city where civil unrest has broken out.

Over the weekend, rioters set fire to an Oakland, Calif., courthouse. In Richmond, Va., vehicles were set on fire. In Austin, Texas, an armed protester was shot and killed. Others were shot and wounded in Aurora, Colo., after a car drove through a protest there.