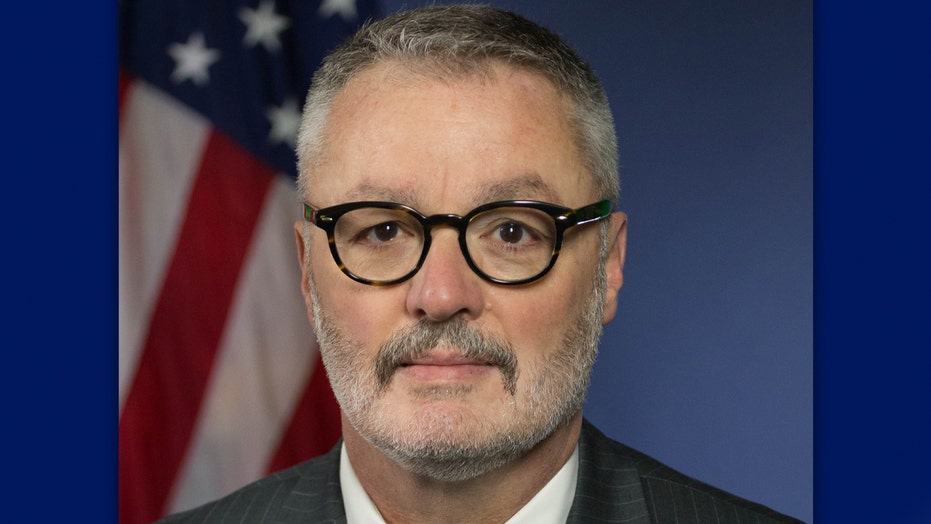 Oregon's U.S. Attorney Billy J. Williams told The Oregonian over the weekend that Portland officials were engaged in "nonsensical, political theater" by banning city police from working with federal law enforcement and swore that the federal government would not be abandoning any of the federal buildings in the city.

"Anyone who thinks we’re just going to give up the courthouse, Hatfield, Pioneer (Courthouse) or any other federal facility downtown, that’s not going to happen," Williams said in the interview, according to the paper. "We’re not leaving."

U.S. Attorney Billy Williams said that Portland, Ore., officials were engaging in "political theater" by banning local police from working with federal law enforcement in an interview with The Oregonian. (DOJ)

For two full months, protesters have demonstrated nightly outside Mark O. Hatfield U.S. Courthouse, attempting to set the courthouse on fire, vandalizing the building, and throwing knives and using fireworks against federal law enforcement sent to defend the building. The unrest has come as similar protests have raged around the country, aimed ostensibly at bringing about racial justice and defunding police departments in the wake of the death of George Floyd in late May while in the custody of the Minneapolis Police Department.

The protests have been especially politically charged in Portland, with accusations that federal agents are making unjustified arrests of protesters in unmarked vans. Civil rights groups have called the incidents "kidnapping." Williams requested an inspector general probe into the incidents and the Department of Homeland Security (DHS) has said that the agents were identified with Customs and Border Protection (CBP) insignia during the alleged encounters, but that their names were not on their uniforms due to doxing attempts against the officers.

Meanwhile, Democratic politicians, amid nightly violence, have slammed the federal government for its actions and insisted that the protests are largely peaceful.

"Portland, Ore., is not out of control," Rep Earl Blumenauer, D-Ore., said on the House floor last week. "To be sure, there are some people who have strong feelings and there are some who have done things that are inappropriate and unlawful. But that is the challenge of our local officials and our state officials to manage it. Not having somebody unwelcome, uninvited and unprepared coming to take this difficult situation and make it worse."

Blumenauer later demanded the resignation of DHS Secretary Chad Wolf in a tweet.

"Any person who oversees the kidnapping of protesters and the violent occupation of American cities has no place in our government," he said.

Williams declined to comment on the incidents of alleged "kidnapping" to The Oregonian, citing the inspector general probe, but did defend federal law enforcement's presence in the city, saying they will be there until "violent extremists" stop trying to break into the courthouse.

"Until that happens, we’re going to do what we need to do to protect federal property," Williams told The Oregonian. "When the violence ends, then there won’t be a need for the presence of nightly federal officers... It seems quite simple."

He criticized Portland for banning their police from working with federal officers. The decision was "short-sighted," he said according to the paper, and "doesn't help anything."

In the same interview, U.S. Marshal Russel Burger explained the reasoning behind federal officers' actions, including the use of tear gas, pepper spray, rubber bullets and more. Burger said, according to The Oregonian, that the less-than-lethal measures are used to maintain a "defensive posture," and a fence used to "de-escalate" the scene around the courthouse. Officers try not to leave the courthouse unless rioters try to set the building ablaze or tamper with the fence to get to the courthouse, Burger said – and when officers are attacked by the demonstrators they try to scatter the rioters, "if it means pushing them out four blocks away, if that’s what it takes, that’s what they got to do."

Williams has previously said that federal officers have been "subjected to nightly threats and assaults from demonstrators while performing their duties."

A federal judge last week denied a request from Oregon's attorney general to keep federal agents from arresting people outside the courthouse, due to the fact the government lacked standing to sue on behalf of the protesters.