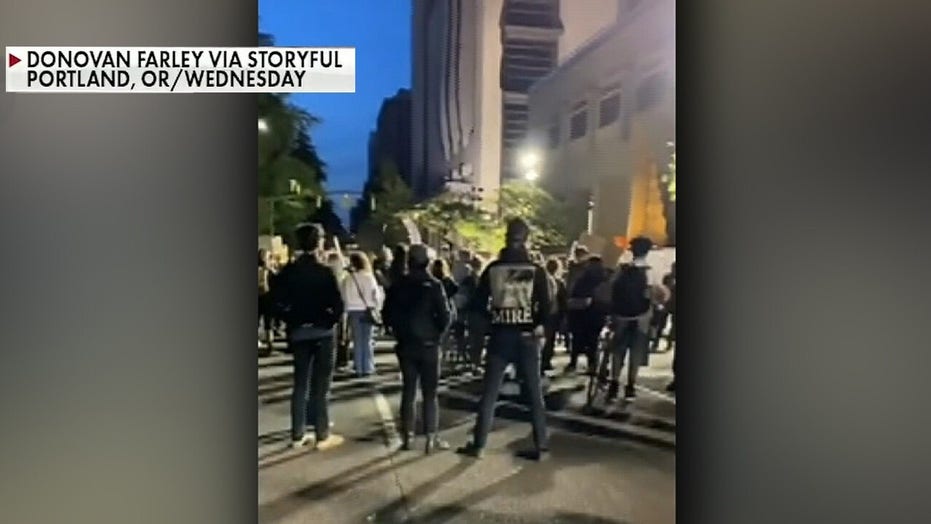 The cuts to the police’s $245 million overall budget were passed by a 3-1 vote, although some protesters had been urging city officials to reduce the department’s spending package for the 2020-2021 fiscal year by up to $50 million. The money saved by eliminating a gun violence reduction team, school resource officers and transit division will now be redirected to social service programs.

“Never in my life would I have imagined that we or any government would be able to cut that much significant resources out of a police budget,” Commissioner Jo Ann Hardesty – one of the yes votes – was quoted by Oregon Live as saying. Wheeler, who is also the city's police commissioner, also voted yes, the newspaper added.

PORTLAND DEMONSTRATORS USE ROPE FROM FLAG TO LOCK COPS IN PRECINCT 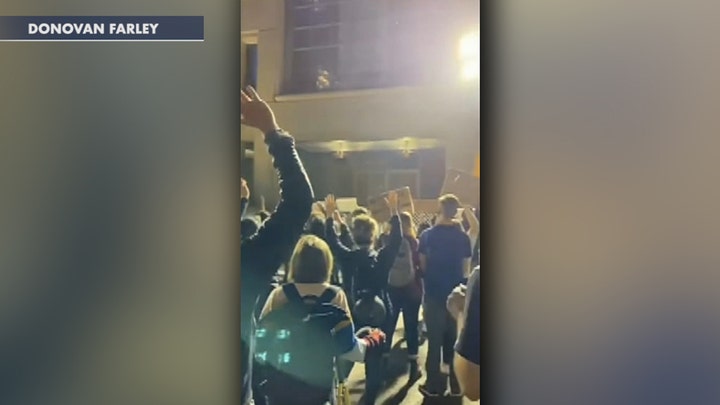 Hardesty also said the demand for $50 million in cuts was “based on nothing” and that the public should “celebrate this incredible moment that we’re in.”

Chloe Eudaly, the lone commissioner to vote no on the cuts, said they weren’t deep enough.

Dozens of people pushing for the more expansive cuts had protested outside of Wheeler’s apartment ahead of the vote, with organizers telling KATU that they wanted to make sure the mayor knew how the public felt.

Yet Oregon Live reports that nobody was home at the time, as Wheeler was already at City Hall. The push for $50 million in cuts ultimately appeared to fall short with city officials.

And despite the cuts that have been approved, the budget for the Portland Police Bureau has been on the rise in recent years.

This new budget for the police will now be just under $230 million.

Portland’s total budget for the upcoming fiscal year – which is around $5.6 billion -- is set to go into effect at the start of July, Oregon Live reports.