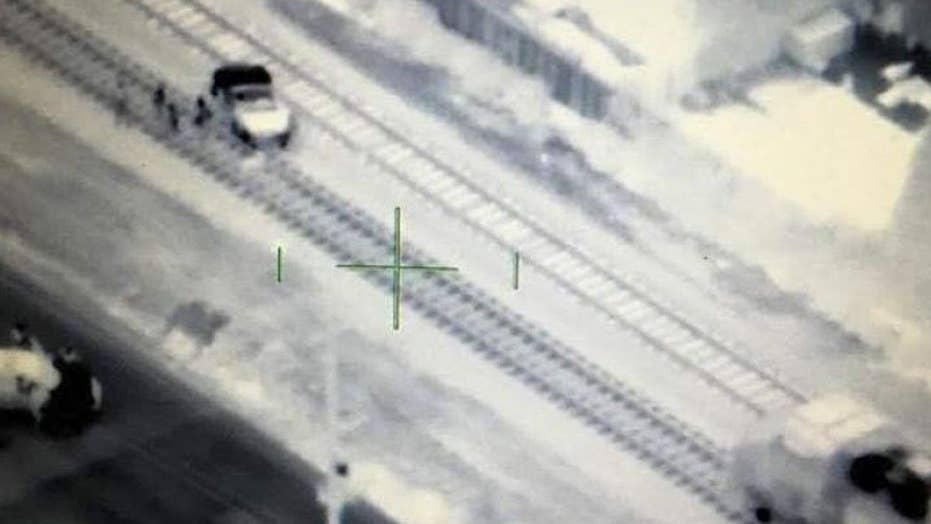 RIVERSIDE, Calif. – Riverside authorities say a quick-thinking police helicopter crew shined its spotlight to alert a train's crew of a car on the tracks, narrowly averting a collision.

The helicopter crew was assisting officers on the ground during a pursuit when they learned that the car had crashed and come to a rest on the tracks.

When they realized the westbound freight train was heading right for the car, they made crisscrosses of light on the tracks. The train's crew noticed the light and stopped in the nick of time.

The newspaper says the car's driver, who by then had left the car and was standing nearby, was arrested on suspicion of drunk driving.