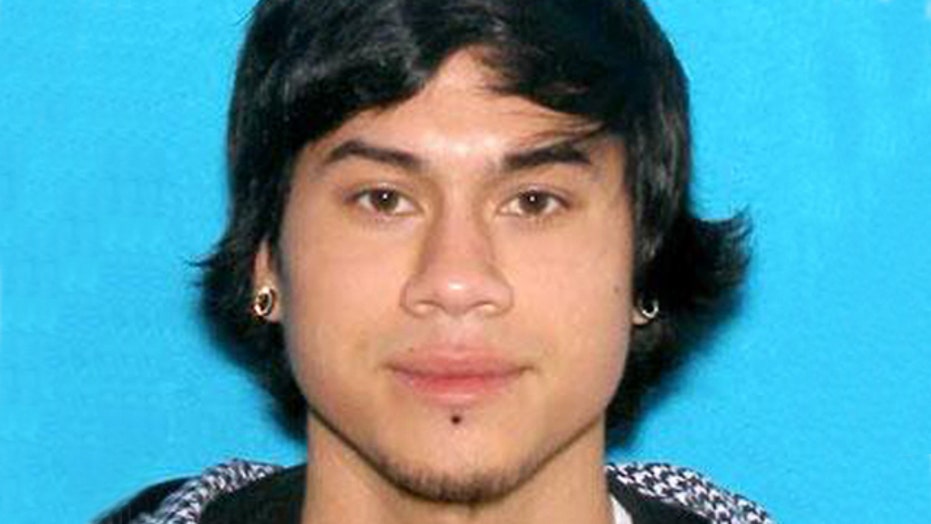 Authorities said Wednesday that the AR-15 semiautomatic rifle that the gunman used inside the Oregon mall jammed after he fatally shot two people, perhaps preventing more deaths in the midday shooting rampage.

Police identified the suspect as Jacob Tyler Roberts, 22,  and said he armed himself with a rifle and had several fully loaded magazines. The gunman appears to have died from a self-inflicted gunshot, authorities said. It is unclear how many rounds he was able to fire.

Clackamas County Sheriff Craig Roberts said the rifle jammed during the attack, but he managed to get it working again. Police, however, flooded the scene and the shopping center was credited for employing a rapid lockdown.

Roberts was wearing a load-bearing vest and a hockey-style face mask, authorities said. Authorities have obtained a warrant and searched the suspect's home and his car. There is no known motive.

Authorities identified the two deceased victims as Cindy Ann Yuille, 54, and Steven Matthew Forsyth, 45. Forsyth was a husband and father of two. Kristina Schevchenko, a juvenile, was wounded in the shooting and is in serious condition.

Roberts had no criminal history, and attended Clackamas Community College from 2009 to 2010.

In the "About" section of his Facebook page, Roberts calls himself "a bit of an adrenaline junkie."

"Hey what's up guys my names Jake and I'm an alcoholic...Lol just kidding," Roberts writes.  "If you were to ask someone that knows me they would probably say I am a pretty funny person that takes sarcasm to the max.  I'm the kind of person that is going to do what I want. There is no reason for another person to tell you what to do, i'm the conductor of my choo choo train. I may be young but I have lived one crazy life so far."

"I have done a lot for myself in the past year some good and some bad but I still press on," he adds.

Police received multiple calls of a shooter at the Clackamas Town Center Tuesday at 3:29 p.m. and the first unit arrived one minute later.

Police said the suspect pulled his car in front of the Macy's inside the shopping center and moved 'in a rapid manner' toward the food court, where he opened fire.

"He ended up striking two victims who both died from their injuries," Roberts said.

The suspect fled down a corridor at the shopping center, to a desolate corner where he shot himself.

Roberts fired randomly, investigators said. People at the mall were heroic in helping get shoppers out of the building, including off-duty emergency room nurses who rendered aid, Roberts said.

By 3:51 p.m., all the victims and the gunman and rifle had been found. Four SWAT teams spent hours clearing the 1.4 million-square-foot mall, leaving shoppers and workers to hide in fear.

The mall Santa, Brance Wilson, was waiting for the next child's Christmas wish when shots rang out, causing the mall to erupt into chaos.

About to invite a child to hop onto his lap, Wilson instead dived to the floor and kept his head down as he heard shots being fired upstairs in the mall.

"I heard two shots and got out of the chair. I thought a red suit was a pretty good target," said Wilson, 68. Families waiting for Santa scattered. More shots followed, and Wilson crept away for better cover.

Witnesses said the gunman fired several times near the mall food court until the rifle jammed and he dropped a magazine onto the floor. He then ran into the Macy's store.

Witnesses heard the gunman saying, "I am the shooter," as he fired rounds from a semi-automatic rifle inside the Clackamas Town Center, a popular suburban mall several miles from downtown Portland.

Some were close enough to the shooter to feel the percussion of his gun.

Police rapid-response teams came into the mall with guns drawn, telling everyone to leave. Shoppers and mall employees who were hiding stayed in touch with loved ones via cellphones and texting.

Kayla Sprint, 18, was interviewing for a job at a clothing store when she heard shots.

"We heard people running back here screaming, yelling `911,"' she told The Associated Press. Sprint barricaded herself in the store's back room until the coast was clear.

Jason DeCosta, a manager of a window-tinting company that has a display on the mall's ground floor, said when he arrived to relieve his co-worker, he heard shots ring out upstairs.

DeCosta ran up an escalator, past people who had dropped for cover and glass littering the floor.

"I figure if he's shooting a gun, he's gonna run out of bullets," DeCosta said, "and I'm gonna take him."

DeCosta said when he got to the food court, "I saw a gentleman face down, obviously shot in the head."

"A lot of blood," DeCosta said. "You could tell there was nothing you could do for him."

He said he also saw a woman on the floor who had been shot in the chest.

Austin Patty, 20, who works at Macy's, said he saw a man in a white mask carrying a rifle and wearing a bulletproof vest. There was a series of rapid-fire shots in short succession as Christmas music played. Patty said he dived for the floor and then ran.

His Macy's co-worker, Pam Moore, told the AP the gunman was short, with dark hair. Kira Rowland told KGW-TV that she was shopping at Macy's with her infant son when the shots started.

"All of a sudden you hear two shots, which sounded like balloons popping," Rowland told the station.

"I put the baby back in the stroller and ran," Rowland said.

Kaelynn Keelin was working two stores down from Macy's when the gunfire began. She watched windows of another store get shot out. She and her co-workers ran to get customers inside their own store to take shelter.

Shaun Wik, 20, was Christmas shopping with his girlfriend and opened a fortune cookie at the food court. Inside was written: "Live for today. Remember yesterday."