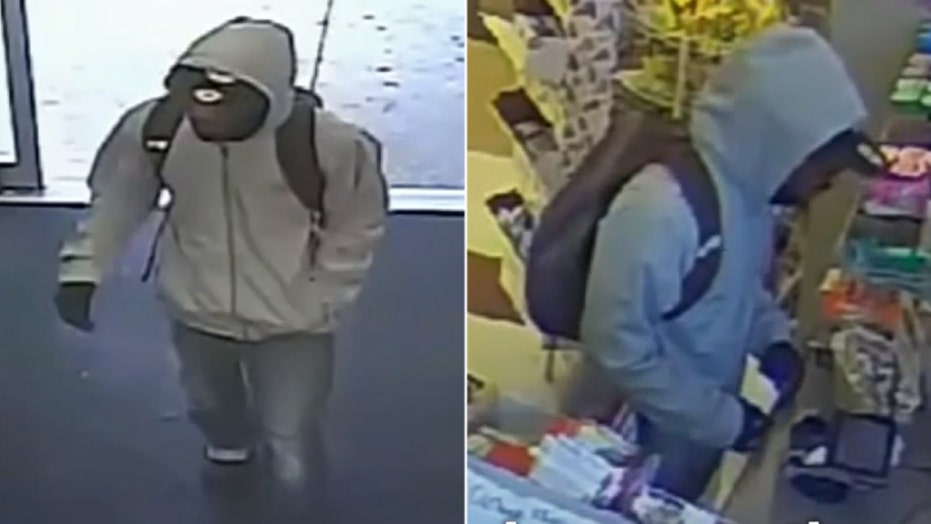 Police: Man robbed a pharmacy with a note that said, ‘I’m sorry, I have a sick child'

A man who robbed a Philadelphia pharmacy gave the clerk a note saying, ‘I’m sorry, I have a sick child.’

Philadelphia police are looking for a man who claims he robbed a pharmacy last week because he had “a sick child.”

The Philadelphia Police Department released surveillance footage of the robbery taken on Jan. 3 around noon inside a Rite Aid on Ogontz Avenue.

In the video, the unidentified man, believed to be between 30 and 40 years old, enters the store and appears to be shopping. He approaches the cashier with an item in his hand but, instead of paying, he hands over a note that reads in part, “Give me all the money. I’m sorry, I have a sick child. You have 15 seconds.”

The suspect reaches into his pocket and leans over, prompting the cashier to open the drawer and put the money in a plastic bag.

He walks away briefly before returning for the rest of the cash.

The suspect made off with an undetermined amount of money, police said, then fled on foot north toward 75th Street.

He is described as black, 5 feet 10 inches, with facial hair, wearing a gray hoodie, jeans and prescription glasses.

Anyone with information is asked to contact the Northwest Detective Division at (215) 686-3354.