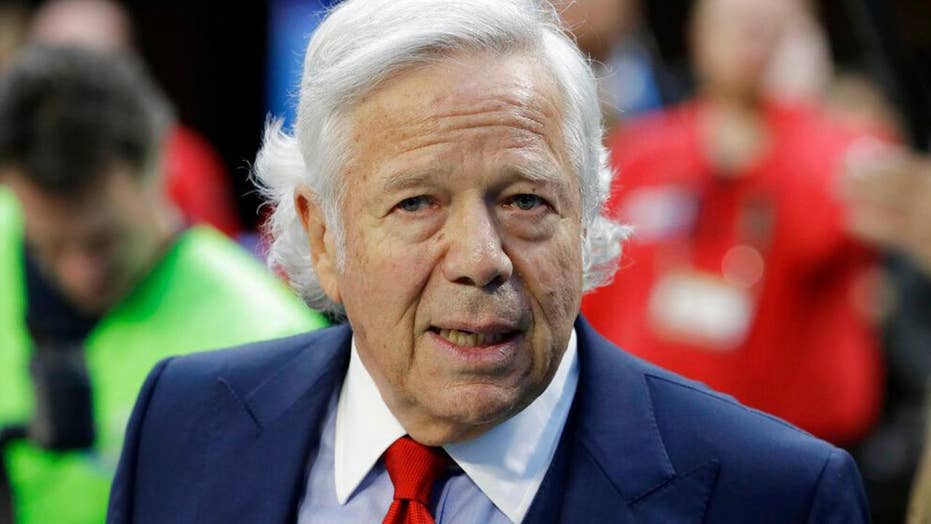 Attorneys for New England Patriots owner Robert Kraft and 14 other men file a new motion to get a judge to seal all of the surveillance videos taken inside multiple massage parlors; Phil Keating reports from Miami.

Billionaire New England Patriots owner Robert Kraft is being offered a deferred prosecution plea deal to resolve charges accusing him of paying twice for sex with a prostitute at a Florida shopping center massage parlor.

The deal would allow Kraft and 24 other men charged in the Orchids of Asia Spa prostitution case in Palm Beach County to enter a program for first offenders in exchange for an admission they would be found guilty, a prosecution spokesman said Tuesday.

“The offer of a deferred prosecution agreement with several conditions to first-time offenders is standard in cases like this,” Palm Beach State Attorney David Aronberg said.

He denied a Wall Street Journal report that described the plea offer as an “unusual deal” because it would require an admission of guilt if the case went to trial.

Aronberg spokesman Mike Edmonson said those who enter the program would be required to perform 100 hours of community service, attend a class on the dangers of prostitution and pay $5,000 per count. Kraft was charged with two counts last month.

Upon completion of the program, misdemeanor soliciting prostitution charges would be dropped. Edmonson said none has accepted so far.

One of his attorneys, Jack Goldberger, did not immediately return a call from The Associated Press seeking comment.

Another, William Burck, did not immediately return a call from Fox News.

Patriots spokesman Stacey James said the team would have no comment.

Police said in court papers that Kraft, 77, was captured by a hidden camera paying for sex at Orchids of Asia on Jan. 19 and Jan. 20. Police installed the camera as part of the investigation.

Hours later, Kraft was in Kansas City for a playoff game. His team then won the Super Bowl in Atlanta, the Patriots' sixth NFL championship under his ownership.

Court papers say many of the workers at the massage parlors targeted in the investigation were forced to live at the spas and were not allowed to leave without an escort.