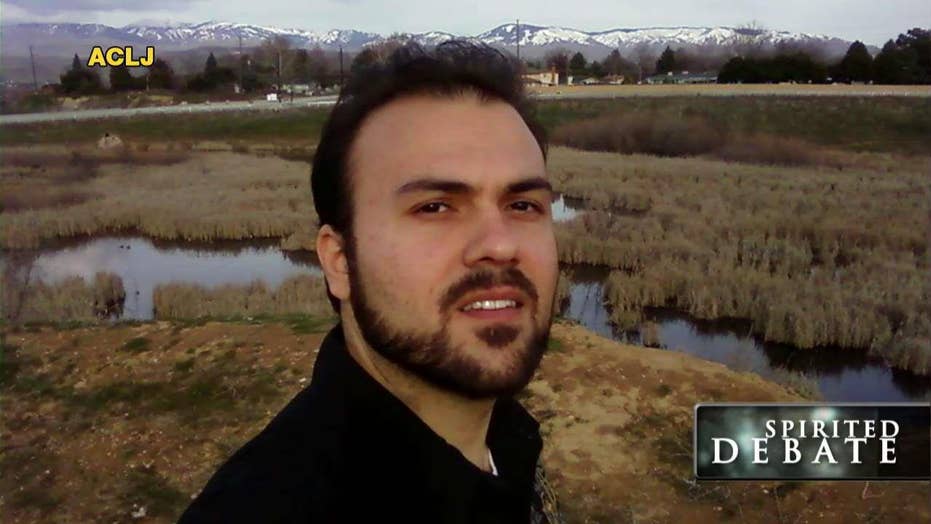 What impact will Pastor Saeed Abedini's freedom have?

Spirited Debate: Ordained Minister Wendy Patrick on the implications of the prisoner exchange with Iran and the danger of people believing all is well

Pastor Saeed Abedini, a former American hostage who was held for three and a half years in an Iranian prison for his Christian faith, said on the 15th anniversary of 9/11 that Muslims started a war on Christianity with the terror attacks.

Abedini said that although most Christian pastors do not want to say it, Islam is a satanic religion that leads people astray.

"Fifteen years ago the shape of the whole world got changed forever and war between Islam and Christianity started by Muslims again," [sic] Abedini wrote in a Facebook message on Sunday.

"Still after 15 years every day people die because of the teaching of Qur'an and Islam," he added, referring to the global war on terrorism in the wake of the September 11 attacks, where close to 3,000 Americans were killed.

The pastor argued that even though Christians must "love Muslims" and their enemies, they must "declare to them and to the whole world" that Islam "is from Satan."

"We need to announce WE ARE IN THE WAR, I am telling to everyone, especially our political leaders," he said.

Abedini shared an evangelical video in Persian speaking to Muslims and Iranians, telling them that "Islam is from Satan, not God."