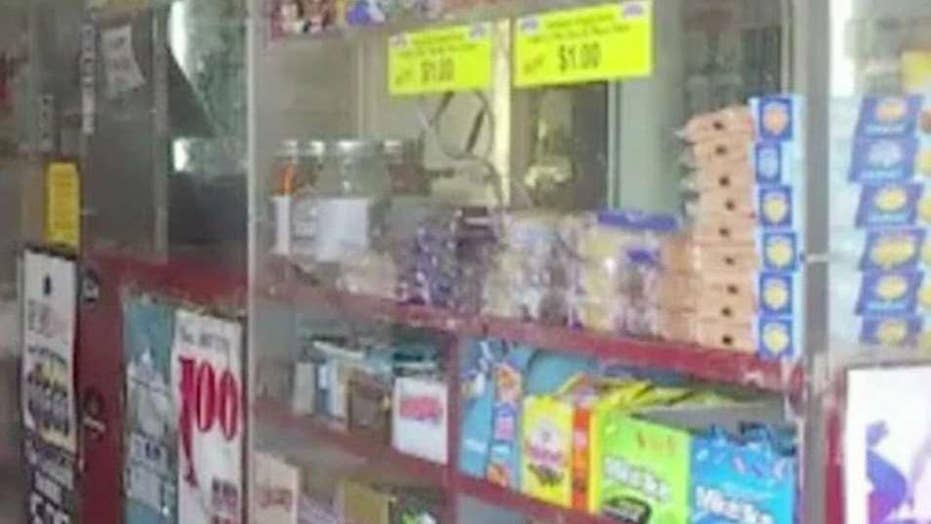 Philadelphia is one step closer to getting rid of bulletproof glass in many of its small businesses as part of a larger effort to crack down on loitering, public urination and potential drug sales -- but the potential ban has triggered a backlash from shopkeepers.

The city's Public Health and Human Services Committee passed a bill Monday enabling Philadelphia's Department of Licenses and Inspections to regulate the bullet-resistant barricades that stand between customers and cash registers in many neighborhood corner stores, according to FOX29.

Several of the hundreds of deli owners told FOX29 they feel as though they are being singled out, and numerous shopkeepers are among those protesting the bill.

“If the glass comes down, the crime rate will rise and there will be lots of dead bodies,” Rich Kim, the owner of Broad Deli, which sells soda, meals and beer by the can, said. “The most important thing is safety and the public’s safety.”

Kim said the glass went up after a shooting and he said it saved his mother-in-law from a knife attack.

Fox News previously reported the bill, put forward by Councilwoman Cindy Bass, focuses on “stop-and-go” convenience stores that act more like bars than the restaurants they are licensed to be, selling beer and shots of liquor over the counter and attracting crowds that end up becoming public nuisances, according to lawmakers.

Pennsylvania state law mandates businesses with restaurant licenses should regularly sell food and have tables and chairs to seat 30 people. But some businesses keep their seating locked up or out of reach and the grills shut down, selling little more than alcohol and forcing customers to wander outside.

Bass told Fox News in “more than 90 percent of cases they are breaking the law in terms of operating outside the requirement of their license.”

Bass said the bulletproof glass and partitions at some of these businesses are a concern of the city’s health department -- if a customer is choking or having an allergic reaction, a barrier should not stand in the way of safety.

She also addressed the security concerns.

“Thousands of businesses operate in the same neighborhoods with no Plexiglass,” she told Fox News, mentioning stores such as Rite-Aid and barber shops. “I’ve never been to a bar with Plexiglass.”

Kim objected to the claims the bill stemmed from nuisance complaints city officials got from constituents, and said calls to police often were met with slow responses.

The chairman of the Asian American Licensed Beverage Association of Philadelphia, which represents 217 ‘beer delis’ in the city, also said most of the businesses being targeted “are in not-as-safe neighborhoods.”

A full council vote was slated for Dec. 14, according to FOX29.

The Public Health and Human Services Committee amended the bill Monday to give the Department of Licenses and Inspections until Jan. 1, 2021, to announce regulations on the barricades.

“It says that the Department of Licenses and Inspections will determine no later than January 1, 2021 whether protective barriers like safety glass should exist in any large restaurant establishment and enforce any regulations stemming from that decision,” Councilman David Oh said in a statement after the Monday hearing, according to NBC 10.

He added: “In case there was any doubt about the City’s position, today City officials testified in support of removing these protective barriers. In other words, the City can and almost certainly will require the removal of safety glass as soon as the ordinance goes into effect."