Oregon's trailblazing drug decriminalization law has come under fire amid a slow rollout and rise in overdose deaths. But proponents say much of the criticism is unfair.

PORTLAND, Ore. – Oregon's first-in-the-nation drug decriminalization measure has been highly scrutinized since voters passed it two years ago, but as state funding finally starts to make its way to addiction service providers, proponents say they're starting to see results.

"It's going to take a long time to fully see what's happening," said Hannah Studer, deputy director of the behavioral health nonprofit Bridges to Change. "We have to stay the course because this is life and death and this really is building an entirely new future for the state that the state deserves."

Measure 110 passed with 58% of the vote in 2020. It decriminalized possession of personal use amounts of hard drugs including heroin, meth and fentanyl, and redirected a significant portion of the state's marijuana tax revenue — which had previously gone to schools, police and local governments — to fund grants for addiction services.

But critics accuse the law of fueling addiction and crime in parts of the state, especially Portland, and the measure became a hot topic in this year's gubernatorial race.

"It's worked out great for the drug dealers and the drug users because we have an open-air drug market," said David Potts, chair of the Lents Neighborhood Livability Association.

Portland Police Association President Aaron Schmautz told Fox News in September that police don't want to see "mass incarceration as a result of low level drug use" and that treatment should be prioritized.

"But you need some teeth to that," Schmautz said. "There needs to be a way to require that treatment."

HOW HAS DRUG DECRIMINALIZATION WORKED OUT FOR OREGON? WATCH: 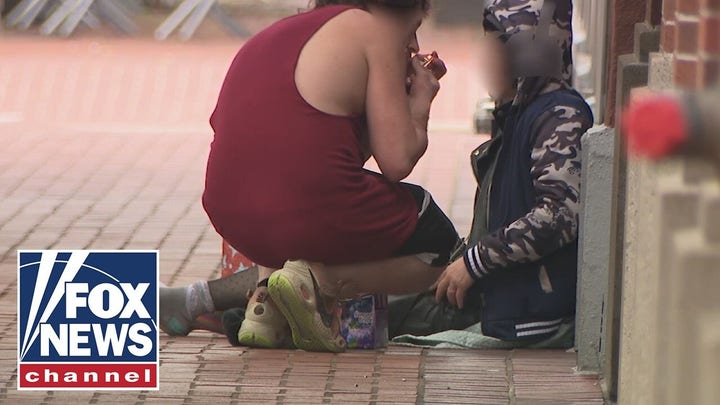 Drug possession is now a Class E violation, punishable by a maximum $100 fine, which people can have waived if they call a hotline and complete a treatment assessment. Oregon Health & Science University's head of addiction medicine, Dr. Todd Korthuis, said few people are calling the hotline, and most are only doing so to get their citation waived.

"Only 1% of those issued a ticket for drug possession requested information about treatment resources," he told a state senate committee earlier this year. "In my discussions with treatment leaders around the state, not one has had any patient enroll in treatment due to these tickets."

Of 3,645 citations issued through November, 68% ended in a conviction because the suspect failed to appear in court, according to the Oregon Judicial Department.

Ron Williams, director of outreach for the Health Justice Recovery Alliance, which advocates for Measure 110, isn't concerned by the lack of participation and thinks people should be able to seek recovery services on their own terms.

"There's very little evidence that coercive treatment works," Williams said. "Most people who use drugs recreationally don't think they have a problem and thus don't think they need treatment. So why would you force them into treatment?"

The measure's slow rollout also raised concerns. While decriminalization took effect Feb. 1, 2021, the state did not approve the bulk of grants until the end of this August.

"We know that there have been delays on the state side of things to get funds out to providers," Studer said. "However, we have the funds now and we're able to really jumpstart into providing the services that are desperately needed in Oregon."

The state has now awarded $302 million in grants for harm reduction, overdose prevention, recovery housing and more. In most cases, it cannot be used for residential in-patient treatment, which is primarily funded by Medicaid, Williams said.

Bridges to Change received about $12.5 million, which Studer said salvaged one of their programs that was about to close due to lack of funding and will allow them to hire dozens of more employees and fund 202 new beds.

"Women in our women's housing programs who are able to have a safe place for themselves and their children," Studer said. "Folks in more rural areas of Clackamas [County] who were never able to get access to supportive housing, who now have paid supportive housing to live in for as long as they need."

But Oregon's addiction rate is still among the highest in the country.

"We've seen rises in overdose," Schmautz said. "We're having a huge epidemic of fentanyl and other drugs in our community."

Drug overdose deaths have spiked nationwide since early 2020, according to the Centers for Disease Control and Prevention. Williams argued that Oregon's increase in overdose deaths remains below the West Coast average, so it's not fair to blame Measure 110.

WHERE ARE THE COPS? FRUSTRATED PORTLAND RESIDENTS SAY POLICE HAVE ‘ALMOST DISAPPEARED’

"Substance use should not be a criminal matter. It's a health matter," Williams said. "The idea of it is to transform away from a criminal justice approach and to pivot to a health, science-backed, health-based approach."

Schmautz agreed that addiction is a medical issue, but attributed many of the "societal ills" Portland is dealing with to addiction.

"Homelessness going through the roof, mental illness … low-level crime and then even homicides and other things," he said.

Williams said it's not fair to pin rising crime on Measure 110, since the only thing the law legalized is personal use of drugs.

A man sits in his tent in Portland, Oregon, next to the Willamette River on June 5, 2021. (AP Photo/Paula Bronstein, File)

Overall, Studer encouraged patience from Oregonians, who she said deserve better than the old approach to addiction.

"Deserving better is going to take time," she said.