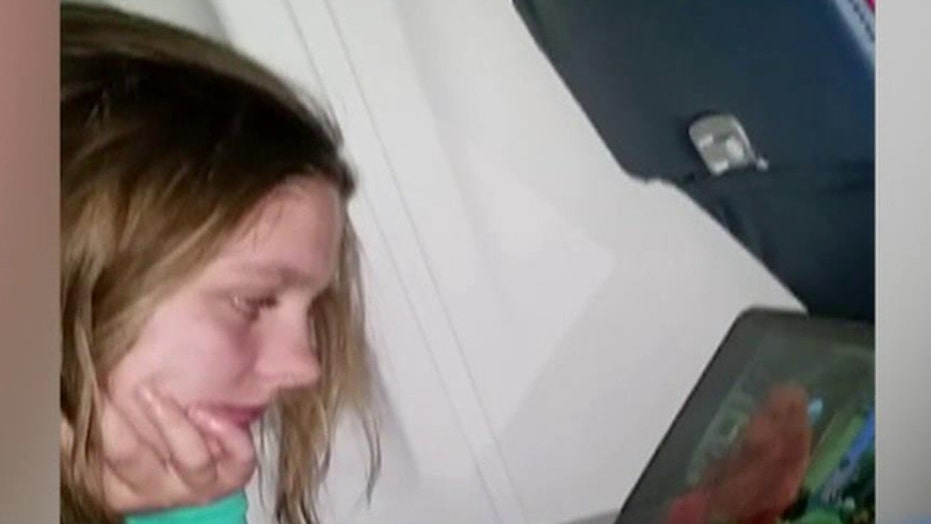 An Oregon mother has claimed that her family was forced to leave a United Airlines flight last week due to a misunderstanding involving their autistic daughter.

Donna Beegle told KPTV that her family was flying back to Oregon from a Disney World vacation this past Tuesday when her 15-year-old daughter, Juliette, began to get hungry during a layover in Houston.

"I asked the flight attendant if they had anything hot, because Juliette is very particular about her food," Beegle told the station. "If it's warm she won't eat it, if it's cold she won't eat it, it has to have steam rolling off of it."

Beegle says the attendant told her that warm meals could only be served to first class passengers.

"The flight attendant said, 'There's not anything we can get you,' so I said, 'Well, how about we wait for her to have a meltdown, and start crying and she tries to scratch, and then you'll want to help her.'"

After Juliette began to fuss, Beegle says the attendant brought her a meal as requested, and her daughter calmed down. However, that was not the end of the matter.

The plane made an emergency landing in Salt Lake City, and Beegle says police walked on board to take her family off the plane.

"Police officers said 'We have to ask you to leave the plane,'" said Beegle. "I asked them 'Why?' and they said, 'The captain doesn't feel comfortable flying to Portland with your daughter on the flight.'"

"People were shouting, 'Leave her alone, let her go, there's no issue here,'" she added.

The incident was captured on video by another passenger. Beegle confirmed the video's authenticity to KGW.

"After working to accommodate Dr. Beegle and her daughter during the flight, the crew made the best decision for the safety and comfort of all of our customers and elected to divert to Salt Lake City after the situation became disruptive," United Airlines said in a statement to KPTV. "We rebooked the customers on a different carrier and the flight continued to Portland."

Beegle said she has filed a complaint with the Federal Aviation Administration and is suing United in the hope of requiring all flight attendants to undergo training in dealing with autistic passengers.

“I don't want anyone else to experience that, no one,” said Beegle. “My heart feels heavy from that, I'm still reeling from the emotion of how my daughter was treated.”