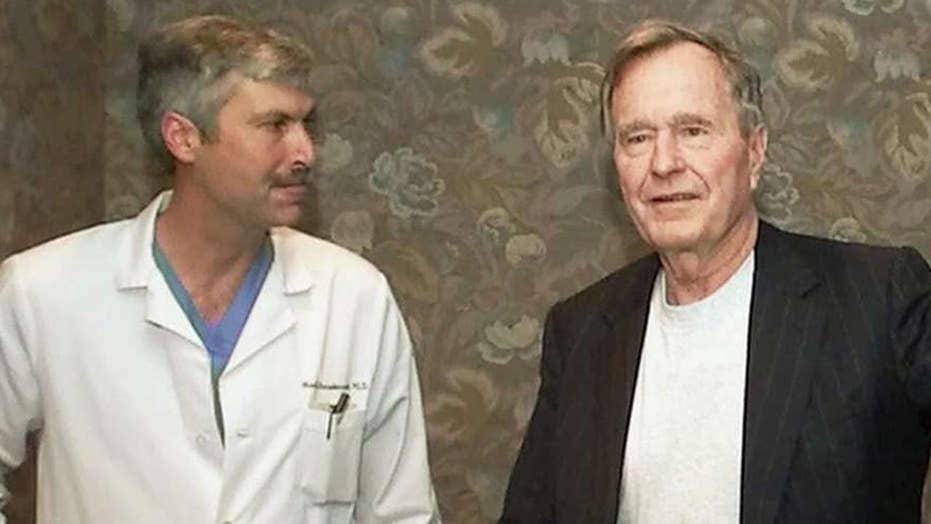 Dr. Mark Hausknecht, a cardiologist who once treated former President George H.W. Bush, was gunned down while riding bicycle.

A cardiologist who once treated former President George H.W. Bush was gunned down Friday morning while riding his bicycle through Houston’s Texas Medical Center.

Houston Police Executive Assistant Chief Troy Finner said that 65-year-old Dr. Mark Hausknecht was riding a bicycle northbound on South Main Street about 9 a.m. when the suspect, also riding a bicycle, drove past him, turned around and fired two shots.

Hausknecht was taken to a nearby hospital where he was pronounced dead. Finner said he was hit at least once.

The area where the shooting took place is part of a 1,345-acre complex of hospitals and medical institutions, including the University of Texas MD Anderson Cancer Center, and is teeming with traffic and pedestrians during the day.

Hausknecht was going to work at Houston Methodist Hospital when he was shot, the hospital's CEO said in an email to staff.

Bush, who was treated by Hausknecht in 2000 for an irregular heartbeat, issued a statement offering his condolences: “Mark was a fantastic cardiologist and a good man. I will always be grateful for his exceptional, compassionate care. His family is in our prayers.”

Police are still searching for the suspect, who is described as a white or Hispanic man, KTRK reported.  He was wearing a gray warmup jacket, khaki shorts and a tan baseball cap at the time of the shooting.

Hausknecht had been in medical practice for almost 40 years and specialized in cardiovascular disease, said Marc Boom, president and CEO of Houston Methodist Hospital.

"His patients appreciated his kind bedside manner and the extra time he took to answer their questions and fully explain their condition and treatment," Boom said in an email to employees on Friday. "Our employees who worked with him said patients were so proud to call him their doctor."

Police are still trying to determine if the shooting was random or a targeted act.